PHNOM PENH – A union representing garment workers has demanded the reinstatement just over 1,400 dismissed workers from 23 factories in long-running disputes and has called for an end to union discrimination.

Kong Athit, president of the Coalition of Cambodian Apparel Workers Democratic Union (CCAWDU) said the disputes between garment workers and the factories have lasted almost 10 years.

CCAWDU has worked with partners to help solve disputes facing many garment workers. But efforts have yielded little results, with some workers returning to work and others receiving the right amount of compensation, while others are still unemployed and without proper compensation, he said.

The union is involved in disputes in 23 factories, from which 1,408 workers have been dismissed. Athit said they had been sacked due to their relationship with the unions.

“The freedom of unions is limited, and a lot of discrimination leads to dismissal. However, the factories use other reasons to sack them,” he said on April 27.

The rights of independent unions in Cambodia are recognized and can be exercised for only 30 to 40 percent of workers, Athit said.

Workers face serious problems when they ask to form a union within the factory to help with any difficulties or violation of human or labor rights, he said. Factories will dismiss them citing various reasons.

He called for an end to discrimination among workers who are involved with the unions.

Soeun Piseth, a union leader from a Chinese-owned greenfield industry in Kamboul district of Phnom Penh, said the factory usually removes unionists because they never want them at their place. Piseth was dismissed on April 27 last year.

“When they fired us for the first time, we protested. Then we were reinstated,” he said. “We have been fired for the second time since last year. So, please help us.”

Chea Chanthet, a worker from JSD Textile in Takeo province’s Bati district, said he and other workers were dismissed after a strike in 2014.

Complication and ineffectiveness of resolving procedures

Athit said solving a labor dispute requires the intervention of the Arbitration Council Foundation (ACF), the Ministry of Labor and Vocational Training, and the factory itself which has to implement the decisions of ACF and the orders of the ministry.

“Yesterday, we discussed 23 issues with the ministry, and some actions were raised. However, the actions are yet to be detailed,” he said.

The meeting between the union and the Labor Ministry was held following the submission of a union petition to the cabinet and the ministry.

The union asked the ministry to help push the factories to implement the Arbitration Council’s decisions to reinstate the workers and provide appropriate compensation. The factories had never followed the decisions, he said.

“Some factories don’t agree with the decisions while some have been shut down and their employers have run away,” said Athit. “With some factories, we want to end the dispute and only demand compensation for the dismissed workers.”

Athit said employers had run away due to the delay in resolving the dispute as there had been no immediate action from the ministry.

“We asked the ministry to solve immediately the issue that can be solved to avoid the employers running away,” he said.

CCAWDU filed a petition to the council asking for help and intervention from Prime Minister Hun Sen to solve disputes that can be solved.

The union asked the factories to physically join the negotiations and reinstate sacked workers in line with decisions of the Arbitration Council, he said.

“Some have received the compensation, while some haven’t,” she said. “Some workers received false compensation. So, I request the ministry to help us.”

Athit said disputes that are not involved with the Arbitration Council will be stuck, while factories never show intentions to follow the decision of the council.

At that point, the union and the workers will have to solve the dispute in court, but the process is demanding and time-consuming as it has many procedures. He added that every side of the dispute has to respect the court's decision.

“The ministry said they can only help with negotiation. If the factories don’t do accordingly, they don’t know what to do,” said Athit.

Heng Sour, the spokesperson of the Labor Ministry, could not be reached for comment.

Athit said the dispute resolution system in Cambodia is weak as the employers never seem to follow orders or fear legal action. He called for serious fines or punishment of those who disrespect the decision of the government.

“The employers are not scared because the implementation of any actions or law enforcement is weak while the punishment is small,” Athit said.

“When we have the decision from the court, it’s easy because our complaint will become the international complaint. We can campaign in the foreign country to pressure the brand owners,” he said

Athit said that some cases have been brought to the court, but the budget of the union and the workers is limited, which obstructs the process.

In the past, the factories dismissed workers in a group, but now they discuss contract termination one at a time. Workers, confronting the employers alone, can be easily deceived in terms of compensation, Athit said.

Dismissed workers face financial difficulties, so they have been continuously protesting for fair compensation and reinstatement. The strikes and protests will inevitably happen when the workers are being exploited and pressured, he said.

“The ministry should do more to monitor these issues and help the workers to avoid the possible strikes,” Athit said.

This year, 35 workers have been dismissed, Athit said, bringing the number to 1,408. However, the figure of underprivileged workers across Cambodia might be bigger as CCAWDU only counts workers who are associated with the union. 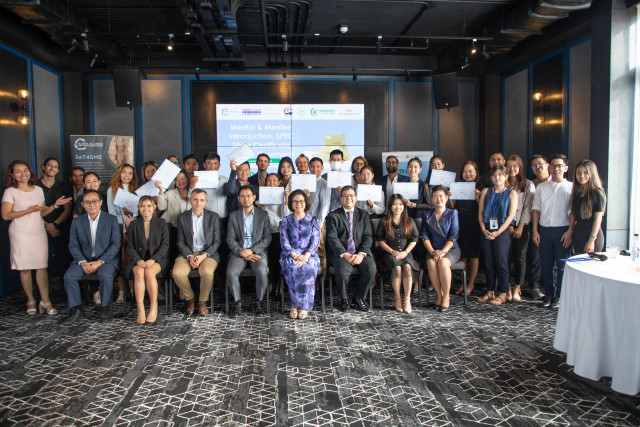 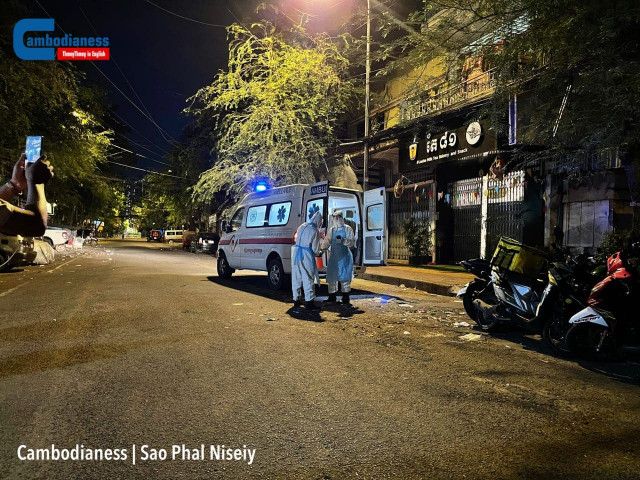