A striker, who is also a member of the NagaWorld union, was dragged by the authorities into the bus before transffering her to a quarantine center on 22 January 2022. Photo: LICADHO

PHNOM PENH – Workers unions, along with human rights institutions, condemn the authorities' crackdown on women strikers over labor disputes between the workers and the NagaWorld company.

The tension was fueled after one woman was reportedly hit in the face by a uniformed officer on Aug. 11, rendering her momentarily unconscious and bleeding from a gash on her nose. That day, violent altercations between the Phnom Penh police and former NagaWorld employees erupted, leading two other women to be seriously hurt and several others slightly injured.

In a joint statement issued on Aug. 15, 38 unions and civil society organizations condemned the brutal crackdown of the authorities to prevent workers from going on strike near the casino, despite the strikers' pleas. They should be allowed to gather for peaceful demand in front of the company, which they said is in accordance with the labor law, the statement said.

“On the contrary, after the inhumane crackdown, a Phnom Penh City Hall spokesman issued a statement accusing the workers of using violence against the authorities,” the statement read.

The strikers were proceeding up Sothearos boulevard to carry on with their strike in front of the NagaWorld casino. At least 17 women were injured during the clash.

Around 80 strikers from the Labour Rights Supported Union of Khmer Employees of NagaWorld (LRSU), who were trying to get access to the area in front of the casino, were attacked as they attempted to move past metal barricades that had been erected by the authorities, according to Human Right Group LICADHO.

On the night of Aug.11, a few hours after the heavy clashes, the spokesman for the Phnom Penh City Hall issued a statement, saying that the strikers had trampled and destroyed the barricades until the authorities had to join hands as a barricade to maintain public order.

“The strikers used more violence against the authorities until there was a small clash,” the city hall said.

The spokesman also said the City Hall was considering filing a court complaint against the workers for vandalism, violence, and insult to the authorities. He added that this protest was a set-up stage to blame the authorities and to tarnish the image of the authorities at all levels.

Ou Tepphallin, president of the Cambodian Food and Service Workers' Federation (CFSWF), said the unions closely monitored the actions of the authorities and the workers through video live streams and photos, though they were not physically present during the strikes. Live streams showed no evidence that the workers committed violence against the authorities.

“It is not the first time that workers have suffered violence from the authorities. We were not on site, but we saw everything in the videos taken by the workers,” she said.

Tepphallin went on to say that authorities suing or arresting workers is nothing new. Earlier this year, 8 LRSU leaders were arrested, before being freed on March 14, while another three union leaders were released on March 17.

When asked what will be unions’ next step to continue assisting NagaWorld’s workers in their strike, she said she could not disclose any sensitive information. She recalled that the president of the Cambodian Alliance of Trade Union (CATU), Yang Sophorn, received a warning letter earlier this month from the Labor Ministry over her commitment with the NagaWorld strike.

In early July, union representatives from 37 union federations and civil society groups said they would gather their members and go on a massive strike across the country if no solution was brought to the Naga strikers.

However, the plan remains unconfirmed for now. Yang Sophorn of CATU used to be vocal on the mass strike, saying she would gather her members to join the strike with the NagaWorld workers if no solution is given to them.

Tepphallin of CFSWF said she could not say anything for now regarding the potential mass strike. “We have decided on whether or not to join a mass strike. The authorities and the Labor Ministry seem to have their people watching and following us. So, I don’t want to talk about it. Let’s wait for the announcement of the unions,” she said.

Labor Ministry Spokesman Heng Sour has warned taking legal action against those involved in a mass strike, saying the action that they have taken and plan to take is not a strike in the sense of the Labor Law. It would be considered as a demonstration, in which case “another law” has to be implemented.

Former NagaWorld employees have been on strike against their company since Dec. 2021 over the dismissal of 373 employees on the grounds that the company financially suffered during the COVID-19 outbreak. By August 2022, more than half of those who had been laid off had agreed to accept compensation and stop striking, while more than 150 remained on strike. 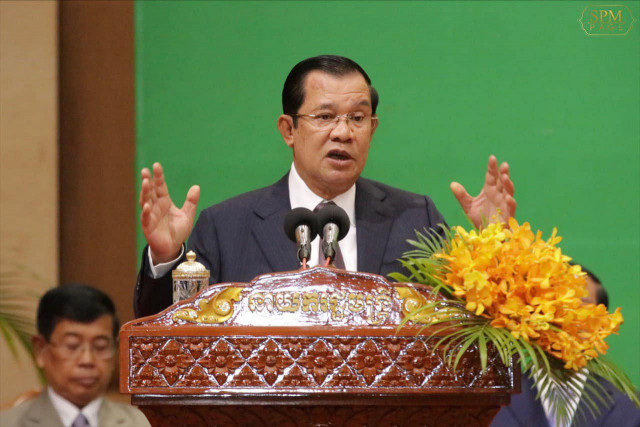 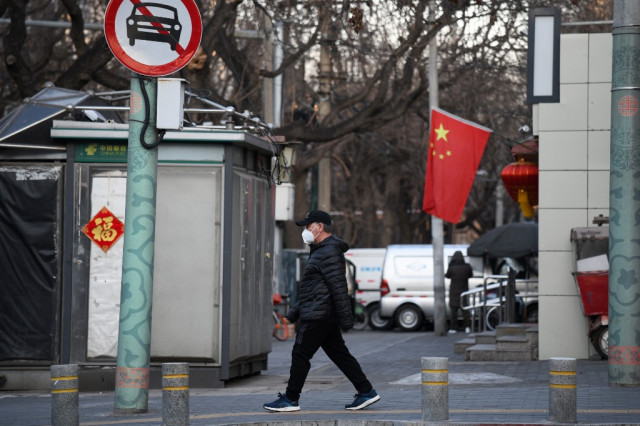