Stranded people wait for the reopening of the Pakistan-Afghanistan border crossing point which was closed by the authorities, in Chaman on August 12, 2021, after the Taliban took control of the Afghan border town in a rapid offensive across the country.

Washington, United States | The failure of Afghan security forces to blunt the advance of the Taliban has left US officials deeply frustrated after spending billions to train and equip the country's military for two decades.

President Joe Biden and other officials have repeatedly called for Afghan leaders to unite and fashion a clear strategy amid mounting worries that the insurgents could besiege Kabul within months.

"We spent over a trillion dollars over 20 years. We trained and equipped with modern equipment over 300,000 Afghan forces," Biden said Tuesday after the Taliban captured several more provincial capitals with little resistance.

"Afghan leaders have to come together," Biden said. "They've got to fight for themselves, fight for their nation."

Ahead of the completion of the US withdrawal on August 31, the Pentagon and the State Department closely echoed Biden's words, expressing concerns over the Taliban's gains in the absence of US and NATO troops for the first time since the 2001 invasion.

"It's really going to come down to the leadership and the will to use those capabilities."

Privately US officials express surprise at the speed of the Taliban's advance.

The United States has conducted bombing runs over the past two weeks to aid Afghan forces, possibly helping repulse the insurgents in Lashkar Gah in the south and Herat in the west.

But the Taliban have easily swept through several key cities in the north and now menace the strategic Mazar-I-Sharif.

US officials stress the results could be different if President Ashraf Ghani could unite his government and acted decisively.

"There is unfortunately a sense of stasis, a freeze of government," said Andrew Watkins of the International Crisis Group.

Money and supplies are not flowing out to the regions and local security forces, Watkins said, leaving them more open to the Taliban.

"The one thing they do know is that they have not been getting sufficient support from their government."

Carter Malkasian, a former Pentagon official and author of "The American War in Afghanistan" said that the most capable military commanders, and many tribal and ethnic leaders, are staying in Kabul for political reasons when they need to be out on the front lines.

"They need some encouragement from the government and other major leaders like (former president) Hamid Karzai to get out there and to go fight for their communities and not sit in Kabul," Malkasian said.

The US also believes Ghani needs to work with regional strongmen and their tribal-based militias.

"When Washington says we need to see political unity, I think in fact that they are saying... Ghani and all the former warlords need to come together and cooperate," said Watkins.

Ghani could be getting the message. He traveled to Mazar-I-Sharif Wednesday for talks with local leader Atta Mohammad Noor and longtime warlord Abdul Rashid Dostum about defending the city.

"One of the big problems is that Afghan forces in the field, they're not sure if they're just hanging out there alone," said Malkasian.

"Having those leaders at the front helps motivate people, helps rally people to fight, helps show them that the leaders are behind them, not abandoning them."

- Still dependent on US -

But the US finger-pointing at the government and Afghan forces is also somewhat disingenuous, experts say.

Defense specialist Anthony Cordesman said that the "nation-building" achievements US officials have touted in strengthening the central government and in training a modern army over the past 20 years have been vastly exaggerated.

"The US made far too optimistic claims about the Afghan government’s progress in governance, progress in warfighting and in creating effective Afghan security forces," he wrote in a new report for the Center for Strategic and International Studies in Washington.

Even as the US period neared its end, he said, "Afghan forces remained dependent on US support for virtually all operations." 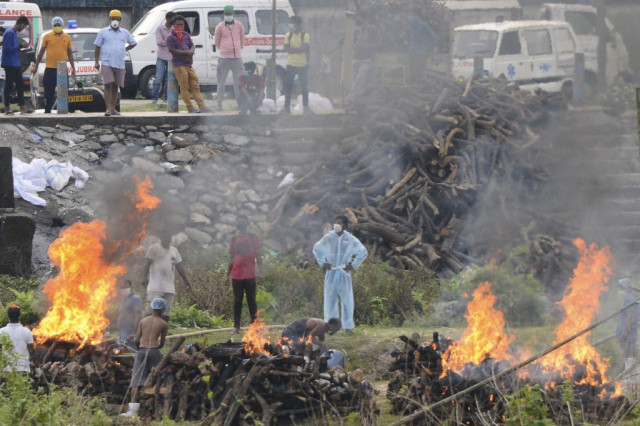