Ky Soklim: As a television host of National Geographic’s Monster Fish, you have also been handling another project: The Wonders of the Mekong here in Cambodia. Why did you decide to start this program? Specifically, what are the wonders that exist in the Mekong River?

Zeb Hogan: I started working with National Geographic about 15 years ago. When I started, I began here in the Mekong River of Cambodia. We started the television show just like what you have mentioned. Apart from that, we also travelled to other places around the world where there are big and amazing fish. We came to Cambodia about two or three times to film.

With my work for the television program and at my university, as I am a fish biologist, I have learnt more about the Mekong, the specialty behind it as well as the variety of fish that live in it. The Wonders of the Mekong is a new project which begins this year. The project focuses on all of the amazing things in the Mekong especially in Cambodia. Things such as the almost 1,000 different kinds of fish species as well as fishery production measuring in hundreds of thousands of tons every year. Fish is a very important food source in this country. The culture like the Angkor Empire was based on life in the Mekong and around the lake. The project focuses on the many values of a healthy Mekong River. I have been working in Cambodia since 2000 which is almost 20 years now. For our show, we have done three different programs here in Cambodia and one of them is about the giant string rays.

Ky Soklim: Back to your program, is fish the only wonder of the river or are there any other things which is also considered to be the wonders of the Mekong?

Zeb Hogan: There are many wonders of the Mekong River. It has a very high level of biodiversity which involves many different kinds of animals. It is a very productive system. Cambodian people eat and get more fish than almost any other countries around the world. There are also more kinds of fish than there are than in almost any other place out there. On average, a Cambodian person eats between 30 kilograms to 60 kilograms of fish per year which is a lot when compared to other countries.

Ky Soklim: For the US, which is your country, how many kilograms do people consume annually?

Zeb Hogan: I am not really sure. Perhaps, it is around 5 kilograms to 10 kilograms.

Ky Soklim: With the abundance of fish, the Cambodian kitchen rarely lacks this one important ingredient, the Prohok. A kind of fermented fish which is used is a large variety of the Cambodian cuisine. Personally, do you like Prohok?

Zeb Hogan: No, I do not like Prohok. The smell is quite strong. I work a lot with fishermen. When I travel along the river, I can see fishermen making Prohok in the old way. They cut the head off, they take the scales off, they step on the fish to clean the fish, they put the fish in the jar, add salt and leave the fish to ferment. I love watching people making Prohok, but I do not really like eating Prohok.

Ky Soklim: For the Cambodian people, the Mekong River is one crucial thing. However, the Tonle Sap Lake, which is also one of the largest fresh water lakes in the region, is also another crucial element as well. So, I am wondering that, between these two bodies of water, which one contains more fish?

Ky Soklim: Talking specifically in Cambodia, what kind of fish do you like the most?

Zeb Hogan: Cambodia and the Mekong has more species of giant fish than any other rivers in the world. There are Mekong giant catfish which can get as long as 3 meters and as heavy as 300 kilograms. There are also giant string rays that can get as large as 5 meters living in freshwater rivers. There are giant barbs, the national fish of Cambodia, with their big head, big lips and big scales which can get up to 250 kilograms. These are some of my favorite.

Ky Soklim: Do all of these big fish which you mentioned still exist abundantly in the Cambodian rivers?

Zeb Hogan: Many of these big fish are almost gone. The purpose of our project is to help the population of this fish and to help those who depend on them. We want to make sure that this big fish will not disappear entirely. They are still there in the river, but they became very rare. One way to save them is to keep the Mekong healthy.

For example, Prek Toal within the Tonle Sap Lake has become a protected spot with beautiful flooded area which is essential for fish to grow and to grow big. In Kratie, there is also a protected area for dolphins and other kinds of fish. We need to keep a few places in the Mekong healthy and pristine so that big fish and other animals can survive. This project is supported by USAID and in partnership with the University of Nevada as well as the Fishery Administration. We just started now and we plan to continue this project for another five years. We will build a research program, an education program, as well as a training program in order to try to increase the protection of the Mekong.

Zeb Hogan: The Tonle Sap Lake and the Mekong River are both in danger and beautiful. When you travel to the flooded forests by boat and you can see the trees growing above you in the lake. You can see the big water birds out there. Well, it is a very beautiful place. However, due to the droughts, there were also a lot of fires and much of the forest was destroyed.

We also try to work with other partners such as the Cambodian government to come up with strategies to protect the beauty of the Mekong River and the Tonle Sap Lake. I think the Mekong River is the most important river in the whole world because so many people depend on the Mekong to survive. Also, the Mekong is facing a lot of threats right now. We need to work hard in order to protect it as many different kinds of fish and animals depend heavily on it. We also have here the ancient civilization of Angkor which also depended on the Mekong River since one thousand years ago.

Ky Soklim: Have you ever got bitten by fish when you were working with them?

Zeb Hogan: When you see the show, a lot of the fish look dangerous. They have big teeth and some of them have sharp spines. However, most of these fish are not dangerous. I always tell people to not be afraid of going into the water. Yet, you still need to be careful when working with big fish because they can be powerful. But, we never had too many problems.

One time when our cameraman was filming, he was shocked by an electric eel and fell into the water. We pulled him out and he was okay. Some other people who we worked with got bitten by sharks. The Amazon fish can jump and they can hit you with their head. You can sometimes get a bruise from it. I also got some small cuts on my hand as well.

(Noted: the interview was originally conducted in August 2017) 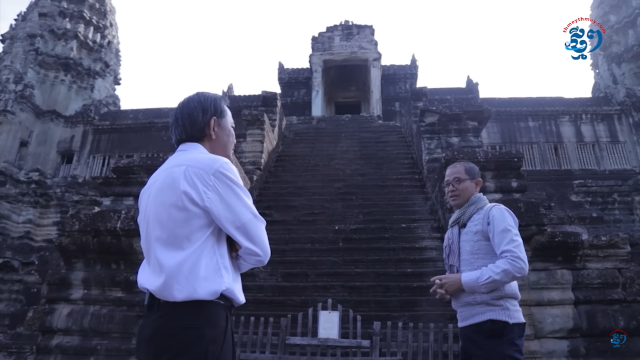 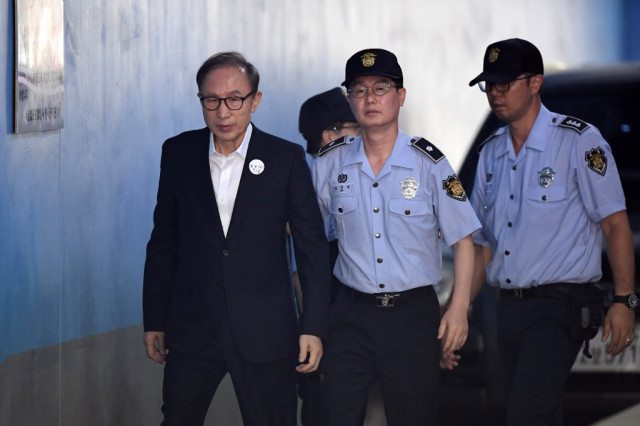 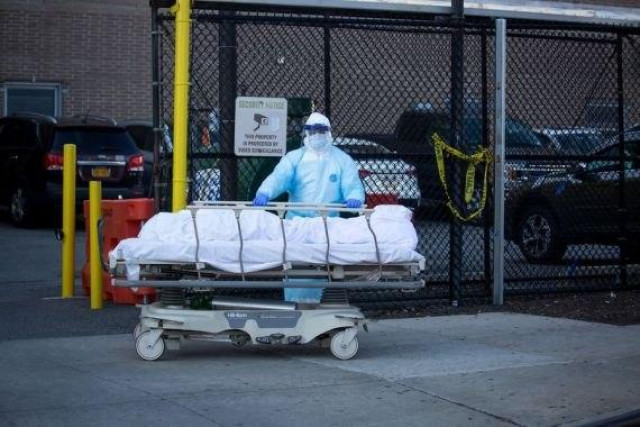