PHNOM PENH - Cambodia ranked below Laos, Singapore, the Philippines, Vietnam and Thailand in terms of women, business and the law last year, the World Bank says.

But in a report released in Washington Wednesday, the bank said Cambodia's score of 75.0 was higher than the regional average of 71.3 for East Asia and the Pacific.

The bank said Cambodia’s ranking was slightly below the global average of 75.2.

Regional rankings were unchanged since 2017 with high-income economies having the best scores followed by Europe and Central Asia, Latin America and the Caribbean, and East Asia and the Pacific.

South Asia, the Middle East and North Africa had the lowest average scores.

The bank said East Asia and the Pacific was an “interesting contrast” with Latin America and the Caribbean over the past 50 years.

Opportunities to improve in many areas

The bank noted that “performance is more uneven” in these two regions. “There are opportunities to improve across many of the areas measured,” it said.

Scores are based on eight indicators — assets, entrepreneurship, marriage, mobility, parenthood, pay, pensions and the workplace.

In terms of legal differences between men and women, Cambodia scored 100 for assets, entrepreneurship, mobility and the workplace, 80 for marriage and 75 for pay. But it scored only 25 for pensions and 20 for parenthood.

Country norms and practices not captured by data

“It’s important to note that Women, Business and the Law measures only the formal laws and regulations governing women’s ability to work or own businesses — a country’s norms and practices aren’t captured by the indicators,” the bank said.

In a statement, World Bank President David Malpass said legal rights for women were “good from an economic perspective.

“When women can move more freely, work outside the home and manage assets, they are more likely to join the workforce and help strengthen their country’s economies,” he said.

“It has incentivized countries to undertake reforms that can eliminate gender imbalances,” she said.

“Achieving equality will take time, but it is encouraging that all regions have improved.

“We hope that this research will continue to serve as an important tool to inform policy making and level the playing field for women.”

Others included the Cambodian NGO Committee on the Convention on the Elimination of all forms of Discrimination Against Women, Gender and Development for Cambodia, the Heinrich Boell Foundation and the Klahaan Organization. 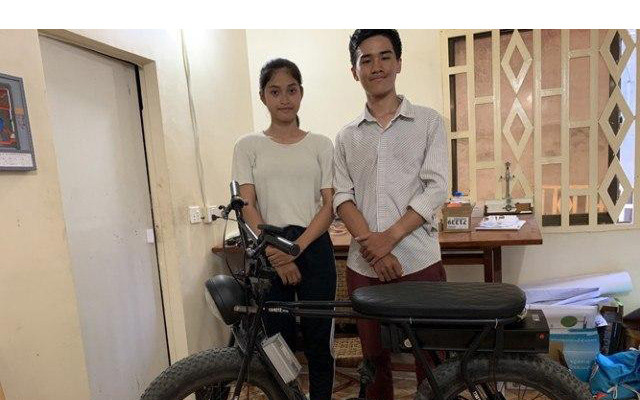