Ukrainian President Volodymyr Zelensky speaks to members of Japan's lower house of parliament via a video link at the House of Representatives office building in Tokyo on March 23, 2022. Photo from AFP

In a late-night television address from the emptied streets of his nation's besieged capital Kyiv, a defiant but visibly tired Zelensky appealed in English for worldwide solidarity.

"The world must stop the war," he said. "Come from your offices, your homes, your schools and universities, come in the name of peace, come with Ukrainian symbols to support Ukraine, to support freedom, to support life."

His appeal came one month after Russian tanks rolled over the border, bringing a conflict that has killed untold thousands of civilians and soldiers on both sides.

More than ten million Ukrainians have already fled homes and cities under sustained Russian bombardment from land, sea and air.

There is growing evidence that Russia's once-vaunted military has become badly bogged down, and has been forced to turn to long-range bombardment to break Ukrainian resolve.

In the southern port city of Mariupol alone, 100,000 people are trapped without food, water or power and enduring fierce shelling by Russian forces.

In the city's hospital, local officials said staff have evacuated patients to the basement, where they are treated by candlelight beside 600-700 other local residents seeking what little safety they can.

The US government on Wednesday said the Kremlin's bombing campaign amounted to war crimes, further escalating a confrontation between Moscow and the West that has rivalled the worst crises of the Cold War.

"Based on information currently available, the US government assesses that members of Russia's forces have committed war crimes in Ukraine."

So far the conflict has not spilt over into direct military conflagration between Russia and NATO, but there are growing fears Russia may up the ante with a chemical, biological or even tactical nuclear attack.

US President Joe Biden is in Brussels for back-to-back emergency NATO, G7, and European Union summits from Thursday that will bring pledges of more lethal weapons for Ukraine, more punishing sanctions on Russia's already crisis-wracked economy and warnings about further escalation.

NATO officials believe that -- armed with an arsenal of Western anti-tank and anti-aircraft weapons -- Ukrainian forces may have already killed as many as 15,000 Russian soldiers and wounded perhaps 30,000-40,000.

Putin's regime officially puts the number of Russian fallen at under 500, and has introduced draconian censorship laws to prevent independently verified news about what it calls a "special military operation."

But Ukrainian civilians continue to bear the brunt of the war.

Zelensky admitted the last month had been "long" but hailed Ukrainian resistance that has been much more ferocious than Russia expected and would endure for as long as it takes.

"This is a war for independence and we must win," he said in the late-night address, flitting between Ukrainian and his native Russian.

"We will rebuild every city, we will bring the invaders to justice for every crime," he said. "All our people will live in a free Ukraine."

Recent days have brought claims of Ukrainian forces not only repelling attacks from the much larger and much better armed Russian military, but launching counteroffensives and winning back territory around Kyiv.

Kyiv mayor Vitali Klitschko said that "the small city of Makariv and almost all of Irpin is already under the control of Ukrainian soldiers".

British military intelligence said Ukraine had "probably retaken Makariv and Moschun" to the northwest of the capital and "there is a realistic possibility that Ukrainian forces are now able to encircle Russian units in Bucha and Irpin."

Facing mounting diplomatic and economic pressure, Putin's regime has responded by warning Russia could use nuclear weapons if it faces an "existential threat", and launched tit-for-tat retaliation against the West.

Moscow moved to expel US diplomats in retaliation for Washington's move earlier this month to remove 12 of Moscow's US-based representatives to the United Nations.

In an effort to blunt the damage done by sanctions to the national currency, Putin said Wednesday that Russia will only accept payments in rubles for gas deliveries to "unfriendly countries", which include all EU members.

The manoeuver sharpened growing debate in Europe -- which is heavily dependent on Russian energy imports -- about possible bans on Russian oil and gas.

Moscow has warned an embargo would prompt a "collapse" of the global energy market.

While Europe has appeared fractured on the question of an oil embargo, there are also signs of fissures within Putin's regime.

Moscow recently confirmed that Anatoly Chubais -- a former Kremlin chief of staff who oversaw liberal economic reforms in the 1990s -- quit his post as a Putin advisor. He has reportedly fled the country in protest at the war.

Russia still has a vital friend in China, which pushed back against suggestions that Moscow should be expelled from the G20 group of countries.

But Scott Morrison, prime minister of G20 member Australia, said he believed that Putin attending the summit would be "a step too far."

In the latest sign that the war has reinvigorated NATO, alliance chief Jens Stoltenberg announced it would send more reinforcements to guard against Russia expanding its campaign.

The leaders at Thursday's summit will agree to "major increases of forces" including four new battle groups in Bulgaria, Hungary, Romania and Slovakia.

The allies will also offer "additional support" to Kyiv against nuclear and chemical threats, he said.

But NATO members, while maintaining a steady supply of anti-tank and short-range anti-aircraft missiles, have refused Zelensky's demands for a no-fly zone over Ukraine or shipment of warplanes to the Ukrainian air force, fearing all-out war with nuclear-armed Russia.

Nearly a month into the invasion, peace talks have agreed on daily humanitarian corridors for refugees, and Ukraine says it is willing to countenance some Russian demands subject to a national referendum.

But it has refused to bow to demands to disarm and renounce its pro-Western ambitions.

The World Health Organization warned on Wednesday that the humanitarian disaster in Ukraine was only getting worse.

"The problems we face so far... are really the tip of an iceberg of need," WHO emergencies director Michael Ryan said.

"And there's going to have to be a further, massive scaling up of assistance within Ukraine in the coming weeks, because I have never, myself, seen such complex needs, and so quickly in a crisis that has developed so fast."

"We have reached maybe, for once, an appropriate level of horror at what's happening in Ukraine," he said. 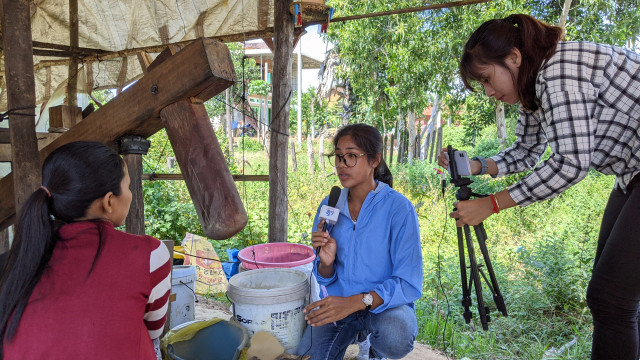 Cambodian Women Journalists on the Rise 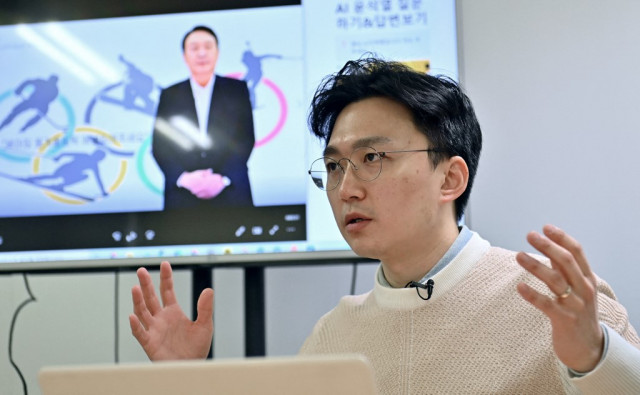 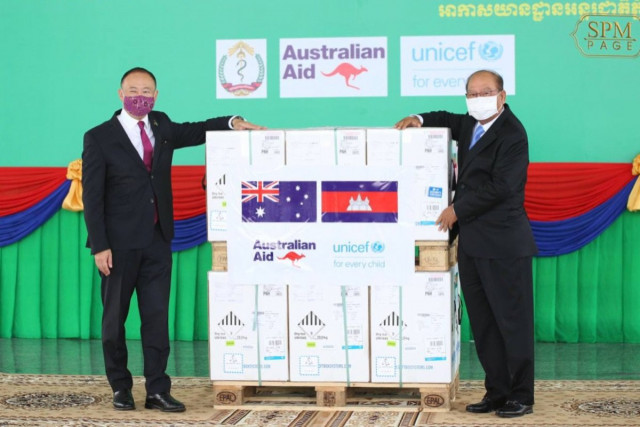