A young girl sits on a suitcase before the train leaves the eastern city of Kramatorsk, in the Donbas region on April 3, 2022

Local authorities said they had been forced to dig communal graves to bury the dead accumulating in the streets, including some found with their hands bound behind their backs, in scenes that sent shockwaves through international capitals more than a month into Russia's invasion.

Despite Russian denials of responsibility, condemnation was swift, with Western leaders, NATO and the UN all voicing horror at reports of civilian murders in Bucha, northwest of Kyiv, and elsewhere.

Zelensky was unsparing in his nightly video message, warning "concentrated evil has come to our land".

He described Russian troops as "murderers, torturers, rapists, looters, who call themselves the army and who deserve only death after what they did", speaking in Ukrainian.

Switching to Russian, he continued: "I want every mother of every Russian soldier to see the bodies of the killed people in Bucha, in Irpin, in Hostomel."

"I want all the leaders of the Russian Federation to see how their orders are being fulfilled."

Zelensky said he had created a special body to investigate killings in areas from which Russian troops have withdrawn around the capital, as Moscow refocuses its energies on southeastern Ukraine.

The scale of the killings is still being pieced together, but Ukrainian prosecutor general Iryna Venediktova said 410 civilian bodies had been recovered so far.

And Bucha's mayor Anatoly Fedoruk told AFP that 280 bodies were placed in mass graves because it was impossible to bury them in cemeteries within firing range.

Satellite imagery firm Maxar released pictures it said showed a mass grave located in the grounds of a church in the town.

"They said while it was cold to let them lie there."

Eventually, they were able to retrieve the bodies, he said. "We dug a mass grave with a tractor and buried everyone."

AFP reporters in the town saw at least 20 bodies, all in civilian clothing, strewn across a single street.

The UN said it was "highly concerned" by images emerging from the region, though it said it could not rule out that some of the dead were fighters or had died of natural causes.

It accused Kyiv of falsifying images of corpses in "another production" for Western media.

Moscow's deputy ambassador to the UN said Russia had requested a UN Security Council meeting on Monday "in light of heinous provocation of Ukrainian radicals in Bucha" -- but a senior Washington official said the move was designed to "feign outrage".

The deaths have heightened calls for new measures against Russia.

On Monday, French President Emmanuel Macron said he was in favour of fresh sanctions.

"There are very clear indications of war crimes. It was the Russian army that was in Bucha," Macron told the France Inter broadcaster.

He said new measures could target the oil and coal industries.

German Chancellor Olaf Scholz said new sanctions would be decided "in the coming days", with his defence minister raising the possibility of an end to gas imports.

"(Russian) President (Vladimir) Putin and his supporters will feel the consequences," Scholz said.

Other European officials, including Irish Foreign Minister Simon Coveney, said the EU "must respond strongly with tougher sanctions", while Zelensky said "there will definitely be a new package of sanctions against Russia".

Polish Prime Minister Mateusz Morawiecki on Monday called for an international investigation into what he termed a "genocide".

And Prime Minister Pedro Sanchez said Spain "will do everything... to deal with these alleged cases of (crimes against) humanity, war crimes and why not say it too, genocide".

- 'Something terrible is coming' -

The Ukrainian leader warned that the worst could be yet to come as Moscow refocuses its attention on the south and east of the country, in a bid to create a land link between occupied Crimea and the Russian-backed separatist statelets of Donetsk and Lugansk.

"Russian troops still control the occupied areas of other regions, and after the expulsion of the occupiers, even worse things could be found there, even more deaths and tortures," he said.

He also appeared in a taped message at the Grammys, urging people to "tell the truth about this war... support us in any way you can, any, but not silence".

Europe's worst conflict in decades, sparked by Russia's invasion on February 24, has already killed 20,000 people, according to Ukrainian estimates.

Nearly 4.2 million Ukrainians have fled the country, with almost 40,000 pouring into neighbouring countries in the last 24 hours alone, the UN refugee agency said.

In the eastern city of Kramatorsk, women, children and elderly people were boarding trains to flee the Donbas region.

"The rumour is that something terrible is coming," said Svetlana, a volunteer organising the crowd on the station platform.

Russia has redoubled its efforts in Ukraine's south and east, including carrying out several strikes Sunday on the strategic Black Sea port of Odessa, which Moscow said targeted an oil refinery and fuel depots.

"We were woken up by the first explosion, then we saw a flash in the sky, then another, then another. I lost count," resident Mykola, 22, told AFP.

Britain's defence ministry said recent Russian air activity had been focused on southeastern Ukraine, adding that heavy fighting was continuing in the devastated and besieged southern city of Mariupol.

"The city continues to be subject to intense, indiscriminate strikes," the ministry said in an update on Twitter.

The UN's top humanitarian envoy Martin Griffiths is expected in Kyiv soon after arriving in Moscow on Sunday in an attempt to halt the fighting.

And peace talks are scheduled to resume by video on Monday, though Russia's chief negotiator Vladimir Medinsky said it was too early for a top-level meeting between Zelensky and Putin.

He said Kyiv had become "more realistic" in its approach to issues related to the neutral and non-nuclear status of Ukraine, but a draft agreement for submission to a summit meeting was not ready.

Ukraine has proposed abandoning its aspirations to join NATO and declaring official neutrality, if it obtains security guarantees from Western countries.

It has proposed temporarily shelving the question of Crimea, annexed by Russia in 2014, and two breakaway territories in the Donbas that Russia has recognised as independent. 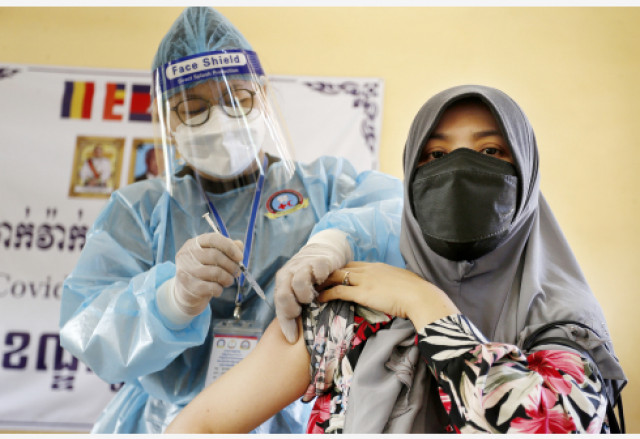 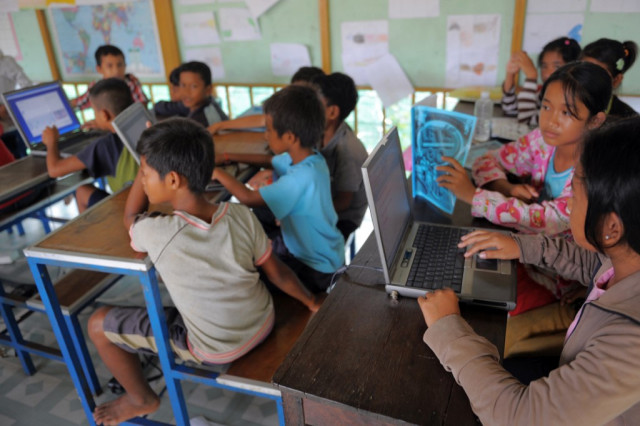