Hong Kong, China | Asian markets pushed higher Monday as investors creep back after a recent sell-off, with coronavirus vaccine hopes given a boost and traders looking ahead to the Federal Reserve's latest policy meeting.

But the reimposition of virus containment measures in several countries, worries about high valuations, Brexit tensions and uncertainty over the US presidential election are keeping gains in check.

Trials on one of the most advanced vaccines resumed at the weekend after being paused briefly after a volunteer fell ill. British regulators gave AstraZeneca and Oxford University the go-ahead to push on following an investigation.

Oxford University said that "in large trials such as this, it is expected that some participants will become unwell and every case must be carefully evaluated".

And AstraZeneca said it remained hopeful the vaccine would still be available "by the end of this year, early next year".

The news provided much-needed relief for markets, just as governments across the world see a worrying surge in new infections, forcing Israel to introduce a three-week lockdown.

Britain, France, Austria and the Czech Republic were among European countries reporting surges, with new cases in the UK reaching more than 3,000 in 24 hours for the second day in a row on Saturday.

After a spate of local lockdowns this month, new government restrictions come into force across England on Monday, limiting social gatherings to no more than six people.

Analysts said attention is turning increasingly to the November presidential election, with Donald Trump battling to keep the White House against Joe Biden, who is leading in opinion polls.

"The focus on all the other danger points has meant the election has played a less meaningful role so far but, with the election just a few weeks away, something tells me it may soon move into the driver's seat," said AxiCorp's Stephen Innes.

"With election risk and the path to economic nirvana clouded by virus concerns, and while optimism remains keen on a vaccine to cure, it's bound to be another roller-coaster ride this week."

In early trade Hong Kong added 0.9 percent and Shanghai was up 0.4 percent while Sydney put on 0.5 percent.

Tokyo rallied 0.7 percent thanks to a surge of nearly 10 percent in SoftBank after it said Monday it is to sell British chip designer Arm to NVIDIA of the US for up to $40 billion, in what would be one of the biggest purchases in the world this year.

Seoul and Jakarta each jumped more than one percent each, while Taipei and Wellington were also up.

But Simon Ballard, at First Abu Dhabi Bank, warned: "With no clear assured path to economic recovery and release from the grips of coronavirus, and with the added geopolitical risks of the fast-approaching US presidential election and then the Brexit deadline at year-end, we expect broad market sentiment to remain fragile for the foreseeable future."

This week's Fed meeting is on the radar for investors looking for an update on the state of the world's top economy and hoping for fresh guidance on its monetary policy.

However, while the bank's wall of cash has provided support to markets, observers point out that crucially US lawmakers are still no closer to agreeing a new stimulus package to help beleaguered Americans, which is keeping people from spending and holding the recovery back. 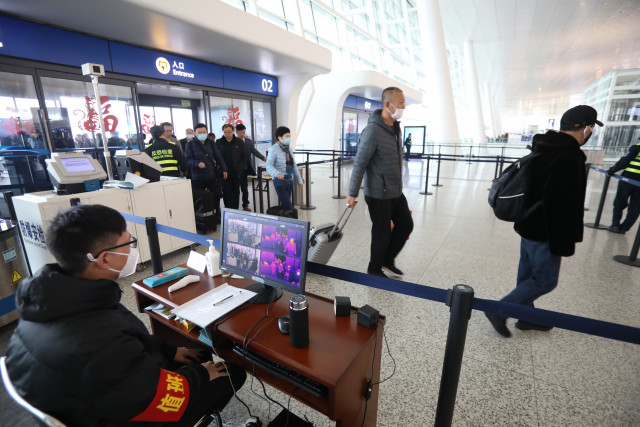