The Cambodian Embassy in Egypt has helped 27 Cambodians who had been working at factories in Jordan return to Cambodia. Photo: Royal Embassy of Cambodia in Egypt

In their third evacuation flight this year, the Cambodian Embassy in Egypt helped to facilitate the return of 27 Cambodians who had been working in Jordanian garment factories until their employment contracts expired.

PHNOM PENH--The Cambodian Embassy in Egypt evacuated 27 Cambodians who had been working in Jordan on Oct. 15 after their contracts expired and they were due to return home. According to the embassy, this is the third evacuation they’ve organized since the COVID-19 pandemic began, with 84 Cambodians repatriated by the embassy in Egypt.

The latest batch consisted of 27 Cambodian textile factory workers who had been employed at two factories in Jordan—Vega Textile and Camel Textile International Corporation—until their employment contracts expired.

The Ministry of Foreign Affairs and International Cooperation confirmed that all 27 arrived safely in Cambodia on Oct. 16 via Korean Airlines.

Program Manager at labor rights group CENTRAL Khun Tharo said that he appreciated the Cambodian authorities’ intervention that has helped to bring workers back home safely and with some seniority pay.

Previously, Jordanian factories have denied outgoing Cambodian workers the seniority pay they were entitled to, along with annual leave and other benefits, Tharo explained. He referred to a July 31 statement that CENTRAL had issued, decrying the practices of Vega Textile and Camel Textile International that saw the two factories deduct roughly $1,000 from Cambodian employees’ paychecks for social security. CENTRAL found that no such payments to Jordan’s social security fund had been made by either company.

He went on to say that through a concerted effort on behalf of the government and NGOs, the Jordanian government agreed to ensure Cambodians employed by factories in Jordan would receive all that they were entitled to.

However, Tharo urged the Cambodian authorities to investigate the company or companies acting as employment brokers for Jordanian factories. He pointed out that, without a memorandum between the two countries on migrant labor, the brokers are effectively engaged in human trafficking.

Despite this, none of the returning Cambodians have filed a complaint, with Tharo noting that many of them are simply glad to be home safe and alive. While CENTRAL does cooperate with the Ministry of Interior’s National Committee for Counter Trafficking, often it is difficult for NGOs to provide all of the evidence needed for the committee to convict employment brokers and their networks.

Tharo estimated there were between 300 and 400 Cambodians working in Jordan prior to the COVID-19 pandemic and that while the Cambodian Embassy has successfully repatriated 84 so far this year, Tharo estimates that many more have found their own way home since. 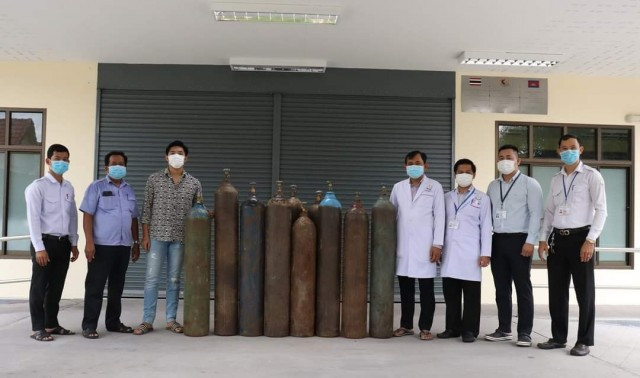 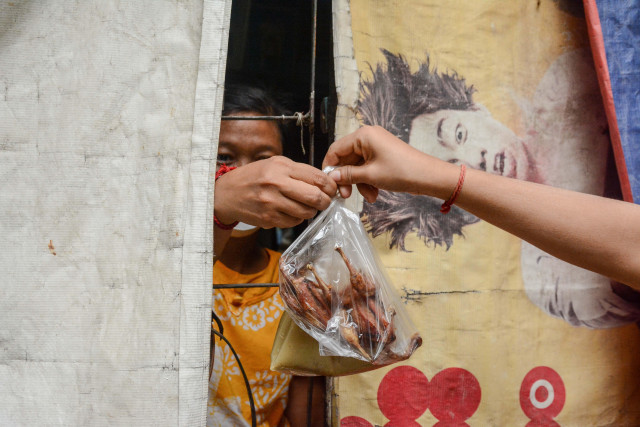