It is undeniably true that English is a powerful language. It is powerful in a sense that it empowers people to communicate across languages and borders. As a global lingua franca, English has facilitated and accelerated globalisation, international business, and internationalisation of education.

While English has enabled communication across languages, cultures and countries, it has had negative effects. Not only has it led to the loss of local knowledge as research and scholarship in languages other than English declines, but it has also contributed to the devaluing of local, native languages, potentially accelerating the extinction of minority languages across the world (see Ferguson, 2007; Gibbs, 1995; Kaplan, 2001).

In Cambodia, the effect of English is felt throughout the country. English is both a bridge and a barrier. It is a bridge and a key enabling factor for educational and professional opportunities. English is a passport for local and overseas scholarships, better career prospects and enhanced networks. Knowing English is like having a special key that unlocks closed doors. Being proficient in English is, without doubt, a privilege.

English, however, can act as a barrier as well. Imagine how the Cambodian people who do not speak English are constrained by their lack of ability to use this foreign language. They may have other necessary skills and are qualified for what they do, but these people are at the disadvantaged end when it comes to personal and professional opportunities, especially ones that require interactions with people from different linguistic and cultural backgrounds. Their potential and opportunities are limited by their inability to function in an environment that requires communication in English.

The value and usefulness of English has further enhanced its dominance and significance. It has become inconceivable for Cambodian parents to not send their children to English schools or attend English classes. It is a common knowledge that the earlier children are exposed to English, the better the learning outcome is. This understanding is not illogical because, at a young age, children will be able to pick up the accent and learn correct pronunciation of English if they study with native English speakers or teachers who have good English accents.

This widely held belief has led many parents to enrol their child or children in nursery or kindergarten schools which offer English-based learning programs long before the children are eligible for formal education in either public or private primary schools. The result is that many children can speak, read, write and listen to English with relative ease. However, some of them who attend international schools offering programs in English are not able or not willing to speak or communicate with their parents or relatives in Khmer, their native language. They receive more exposure to English and find it easier to communicate in English than in Khmer.

This leads to several problems, one of which is the loss of meaningful connection or communication between children and their elderly who generally cannot speak English. For young parents, many of them can speak English, there is not a problem for them to communicate with their children. They are in fact happy to see their children speak English fluently. But when it comes to communication with the older generation (children’s grandparents and older relatives), an issue of a language barrier emerges. This is however not a serious problem, given the significance of English for children’s future. Yet from a cultural perspective, this trend does not seem to bode well for the preservation of Khmer identity and culture.

There are some extreme cases in which children, having attended only international English schools, are only able to speak but not read and write in Khmer. Some of these children may​ probably be experiencing social anxiety, isolation and low self-esteem as a result of their inability to read or write in Khmer as they live in Cambodia. Although they may have a high level of self-confidence and self-pride in an English-speaking environment, outside of such an environment they may experience an identity crisis – a difficulty to determine who they are in relation to other children who can read and write in Khmer well.

This is just one example of the bigger problem surrounding the enthusiastic embrace of English and the devaluing of Khmer language. Indeed, it is not the fault of the parents or anyone else. It is the impact of a global phenomenon and problem caused by the dominance of English as a language of many things, if not everything, including science, technology, mobility, education, trade and so on.

As language and culture are closely intertwined, the more children learn and know English, the more they would understand and appreciate Western culture. Also, they are more likely to develop into people who can be described as “Westernized” – the kind of people who love Western lifestyle, eat Western food, watch Hollywood movies and celebrate Western festivals. Some aspects of Khmer culture and customs would unfortunately appear traditional, if not obsolete, to them.

This trend has implications for all stakeholders including parents, teachers, educational institutions and the community who have pivotal roles to play in ensuring that Cambodian children and young people have the opportunity to study English while at the same time maintain their Khmer identity. Children should be provided with ample opportunities to develop their understanding of Khmer culture and that of other countries. They should be nurtured and trained to become global citizens who are open-minded, outward-looking and culturally aware and competent.

Thus, while it is crucial for children and young Cambodians to develop their English language proficiency and skills, it is also important that they maintain their Khmer identity by having a good understanding of Khmer language and culture. A loss of identity or a confused identity potentially experienced by the young generation of Cambodians is obviously not going to be beneficial for the country, its culture and people.

No doubt, in this globalised, English-dominated world, the ability to communicate in English is absolutely essential. But as the world is changing at a rapid pace, the preservation of one’s roots, identity, culture and language should be given top priorities and close attention by all concerned stakeholders at all levels. It is not about one or the other; It is about both: excelling in English and preserving Khmer identity.

Kimkong Heng is an Australia Awards scholar pursuing a PhD in education at the University of Queensland. He is also a visiting senior fellow at the Cambodian Institute for Cooperation and Peace and a co-founder of Cambodian Education Forum. All views expressed are his own.

* This article is based on a presentation the author delivered at the 2020 Teach For All Global Conference on 21 October 2020. It was originally published by Cambodian Education Forum on November 07, 2020.

Kaplan, R. B. (2001). English — the Accidental Language of Science? In U. Ammon (Ed.), The dominance of English as a language of science: Effects on other languages and language communities. Berlin: Mouton de Gruyter. 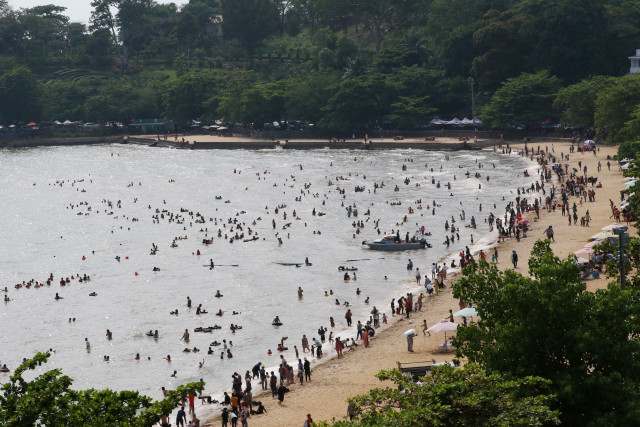