United Nations, United States | The clash between China and the United States over COVID-19 has caused a rift between European nations at the UN Security Council over a call for ceasefires in some conflict zones during the pandemic.

For two months, France has been trying to corral Washington and Beijing into a compromise on the resolution, which would urge a halt to fighting in countries like Afghanistan and Yemen as they struggle to cope with COVID-19.

France and Tunisia had teamed up to draft the resolution.

But on Tuesday, Germany and Estonia threw their hats in the ring with a competing resolution -- one they did not coordinate with France, and which includes language that would placate the prickly administration of US President Donald Trump.

The same day, US Secretary of State Mike Pompeo spoke by telephone with Estonian Foreign Minister Urmas Reinsalu, with the State Department saying they "discussed cooperative efforts" at the Security Council.

"Everybody knows who is behind the new draft," quipped one diplomat under condition of anonymity.

"Estonia and Germany are just trying to clean up the mess the US has created," said Richard Gowan, who follows the United Nations for the International Crisis Group, which studies conflict resolution.

At the heart of the dispute is Trump's offensive against the World Health Organization, from which he has vowed to cut all US funding.

Trump has accused the WHO of responding too slowly to the illness that has killed more than 300,000 people worldwide, and of blindly accepting China's initial assurances about the virus first discovered in its metropolis of Wuhan.

Beijing denies wrongdoing and, as do others, accuses Trump of seeking to shift attention from his handling of COVID-19 in the United States, which has suffered by far the highest death toll.

China has threatened for the past two months to veto any resolution that does not reference the WHO, while the United States has indicated it would do likewise if the text does mention the UN agency.

The French-Tunisian draft tried to skirt around the rift by speaking of the role of "specialized health agencies."

The United States and China both indicated last week that they were fine with the compromise -- but Washington reversed course a day later.

That prompted the new initiative by Estonia, which holds the rotating presidency of the Security Council this month. The Estonian-German draft makes no mention of the WHO.

"The Europeans are united on the substance but disagree on the method," another diplomat said.

Several diplomats said that some countries were taken aback by the Estonian-German effort, and said it would be difficult to resolve the two texts.

"The French are not happy," Gowan said, but he doubted that any Council member "really thinks a resolution will make a difference at this stage."

"It is just necessary to end this pointless debate at last," he said.

Violence in Afghanistan, Libya and Yemen has continued despite the virus, and despite calls first led by Secretary-General Antonio Guterres for global peace.

Even if France and Tunisia press ahead, their room for maneuver is limited.

A diplomat doubted that either the United States or China wanted a resolution, believing it would only strengthen the hand of Guterres in the future.

Several sources saw growing tension between France, the only EU member with a Security Council veto, and the non-permanent European members, as Paris chose to focus on negotiating with the other permanent members.

France seeks to show its clout as one of the Big Five, Germany hopes to highlight its leadership against the pandemic, and Estonia, a former Soviet republic with historic tensions with Moscow, is prioritizing its security relationship with Washington.

After Estonia, France takes over the Security Council presidency and then Germany.

The three powers called a news conference this week to celebrate the "European Spring" -- but it was abruptly canceled. 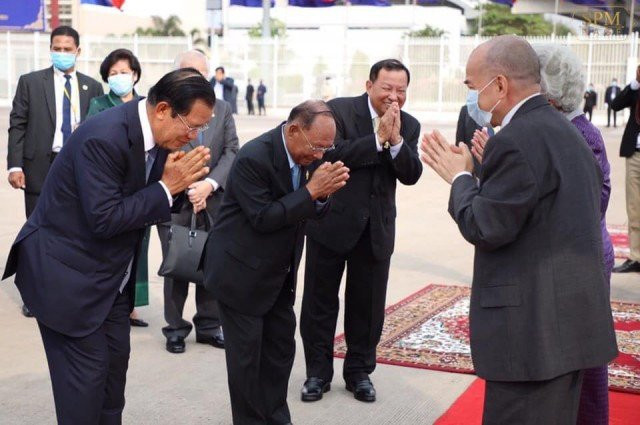