Farmers, the Market and the State

Future is partnership, not competition

The relationship between farmers, the market and the state could not be more significant amid increasing globalisation where the state is pursuing capitalist development and farmers’ livelihoods are at stake.

This question is even more pressing for developing countries where resources are scarce and state capacity is low.

What does this mean for farmers as citizens and for their livelihoods? What would be the best relationship for economic growth while raising farmers’ income?

One contribution to this debate suggests a statist approach to solving the livelihoods question for farmers. In his article on learning from Korean farmer cooperatives, Reach Syden and Misook Lee’s Development of Agricultural Cooperative in Cambodia published in 2016 suggests that Cambodia’s farmer cooperatives should be brought under the administrative and managerial control of the government so that these organisations can serve farmer members more effectively.

Proposed reforms include the centralisation of the cooperatives through creation of national federation of cooperatives under some sort of government leadership.

This would call for the strengthening of the role of provincial department of extension to help strengthen the capacity of the cooperatives within their own geographical boundaries, and for the district line office to be more active in support of this shared mission.

The call aims to progressively upgrade the mandate of the cooperatives to have capital and human resources and political space to devise their own business strategies, including extension and market information, and operating credit systems and banking to assist farmers.

This suggestion is made with the noble intention to strengthen the role of farmer associations to deliver for their members in terms of credit, extension, and financial and mutual support and about their relationship with the state and the market. The intention is to address weaknesses and for the government to consider looking for ways to improve the services of farmer organisations.

Before we answer these questions, it is important that we look at the current state of farmer organisations in Cambodia and their services.

Farmers are the backbone of Cambodia as an agriculture-based economy. As of 2020, agriculture accounts for 22 percent of Cambodia’s GDP, and employ approximately 3 million people. In 2018, agricultural exports including rice, cassava, maize, pepper, fresh mango, and raw palm oil reached 4.2 million tonnes.

The growth of the sector has contributed more than 60% of poverty reduction. Farmers face a variety of challenges including high input costs, climate change, and adoption of new technologies and volatile market. The agricultural sector is a critical economy now and in the future’s industrialisation goal.

Cambodia has recognised the important role of Agricultural Cooperatives (AC) as a critical institution in support of agricultural development and modernisation for the country. As envisioned by the government in the 2001 sub-decree on development of Agricultural Cooperatives, these non-governmental membership organisations, independent of the government, are owned by and serve the interests of farmers. Their mission is to strengthen the benefits of farmers through business development, sharing information, market information, extension services, financial assistance to members, saving and investment.

As an independent farmer-based organisation, the AC has its own structure and resources. There hve been five AC Confederations (ACC) established in 2022, taking the total number of ACC to 15 with the number of AC members standing at 276. There is an AC League registered at the Agriculture Ministry, with ACs and ACCs as members. These organisations work autonomously from the government to serve the interests of farmers.

This number demonstrates the importance of the ACs in fostering farmers’ livelihoods through productivity and investment. To improve their livelihoods in the sea of uncertainty, competition, and climate change, farmers are organised through farmers cooperative and/or producer associations to improve agricultural production, knowledge sharing, and economic initiative.

It is often said these organisations have a limited capacity to link the farmers and the market especially at times of crisis such as the pandemic and oversupply.

Especially, they need “to strengthen the financial management, marketing management and knowledge on processing, packaging, transportation and storage.” Cooperatives provides financial education, agricultural extension services and other services to support farmers. Through cooperatives, farmers are also in a better position to strike a deal with potential buyers of their products than individual farmers.

Hurdles for AC and search for improvement

However, it remains a challenge for farmers to benefit from innovative services of the ACs, ACCs, or the League. From time to time, as markets fluctuate, farmers do not have anyone to turn to. The lack of markets has seen farmers leaving their products to rot in the fields or be dumped after harvest. Part of the reason is that cooperatives do not have a wide coverage for some of these farmers. Partly, the government and cooperatives do not have the capacity to support farmers in time of crisis such as when there is a lack of demand.

Moreover, it is also understood that technology adoption remains a challenge within the sector. Besides, while some ACs have succeeded in raising the productivity and livelihoods of smallholder farmers, there seems to be an understanding that such success is short-lived due to its nature as project-based intervention, technically and financially supported through development partner funds.

Part of the challenge is often linked to the weak AC leadership and low participation among farmers. Farmers are illiterate and have little understandings of the system and its significance. It is also true that in some instances an AC is not capital rich and does not meet the demand of investment capital for members, and as a result fails to entice participation.

Due to the variety of challenges mentioned above, understandably, pundits and policy makers look for ways to strengthen ACs. One solution is what Reach Syden and Misook Lee’s propose, which is for the government to take ownership of the AC and make it a multipurpose organisation to play a more direct role in the market in service of the farmers. This proposition is mainly based on an assumption that the government can be more effective which is not always the case as seen in the historical failure of state-owned enterprises in Cambodia and around the world.

That is why it is important that a properly thought-through reform approach is needed to achieve the best livelihood results for farmers. That is, a business approach as a solution. This approach is critical for these organisations to serve the interests of the farmers. At the end of the day, farmers want capital to invest in their businesses, and at harvest at the market for their yield.

The holistic approach adopted by the hierarchical organisation to support farmers, inserting itself within the market economy, is seen as one of the best approaches to consider adopting for Cambodia. To achieve that, the farmer organisations must be independent of the government due to the reasons discussed below.

AC as an independent institution and Innovation as solutions

Independent ACs with innovative management systems is the best solution for the challenges farmers face and for the future uncertainties in the market. The following are some major explanations of why so.

First, there should be better solutions, one of which is to strengthen the AC as a farmer-centered organisation autonomous of the state. This independent organisation can be multipurpose at the same time. Therefore, a business approach is needed. As the market often fluctuates, it is vital that the farmer organisations are on top of it and readily prepared for the worse by filling in the value chain of the crops their members are producing.

Only by staying on top of the market can the farmer organisations respond better to what their farmer members need at troubled times. This corporation can be led by a capable board and director and serve the interests of farmers through their program such as extension, technology, financial resources, and link to the market. Like the Korean model, income-generating activities can be entertained in the hope that farmers’ resources can be multiplied by engaging in economic activities beyond the farmers, if resources allow, to generate more economic surplus.

Second, the role of these civil society organisations is essential for their members. That is why for the last three decades or so, the Cambodian government along with development partners have supported development of agricultural cooperatives. Despite their important role in assisting farmers, institutional arrangements such as the farmer cooperative is not always without hurdles. But the challenges are not just during time of crisis but also how to improve their services to the farmers to improve their livelihoods through productivity and income.

Third, if the state is willing to intervene, it does not need to “own” and “manage” the AC. It can provide supports in other ways. The independent status of the AC should not prevent it from working closely with the government. Rather, the government elite should not, as is commonly practised, invoke neoliberalism to stay away from the market.

It is the market that determines supply and demand, and associated price. But the state has an important function in agricultural development and economic development to meet the livelihood of their citizens, not least farmers.

In short, the farmers are better served by AC working autonomously from but collaboratively with the government. An independent AC does not mean that they work in isolation from the government. The two agencies should work closely together to improve the livelihoods of the farmers and as a result the interests of everyone in the country. However, if it is put under the direct management of the government, the AC will become part of the political struggle within the party politics environment. As a result, it will become an object of suspicion and mistrust among those who have different political viewpoints.

A better approach and future for farmers

As part of the solution to the current challenges farmers face at the operational and managerial level, an innovative approach can be considered. For instance, an economies of scale approach needs to be fed into the discussion of the operation of the farmer organisation. That means we need to strike a balance of decentralisation and centralisation in its management.

On the one hand, AC Federation should be strengthened so that it provides accountability and responsiveness to its constituents, and ultimately the farmers. A multipurpose capable AC Federation with marketing skills is necessary for the organisation to survive in the context of dearth of market for agricultural products but abundant opportunities for innovation. Local AC participation in this process in exchange of information and holding the ACF accountable is critical for the smooth running of the organisation.

A capable AC can serve the farmers both in good time and in bad times. At difficult times, the government role can never be more critical. At the end of the day, the government will need to assist farmers to improve livelihoods and wellbeing. The government has to support the ACF and its local branches so that the latter can function to serve the interests of the farmers.

A thinking-out-of-the-box attitude has to be instilled to go beyond the preaching of neoliberalism to avoid responsibility. Their role along with the AC, ACC and the League working in concert is essential.

Therefore, the autonomous role of all the actors should not prevent them from working together in partnership with the government in the context of market economy in service of smallholder farmers. The leadership capacity of these organisations including the government’s concerned department, with the farmer-centered approach, is crucial for the success of these farmer organisations. 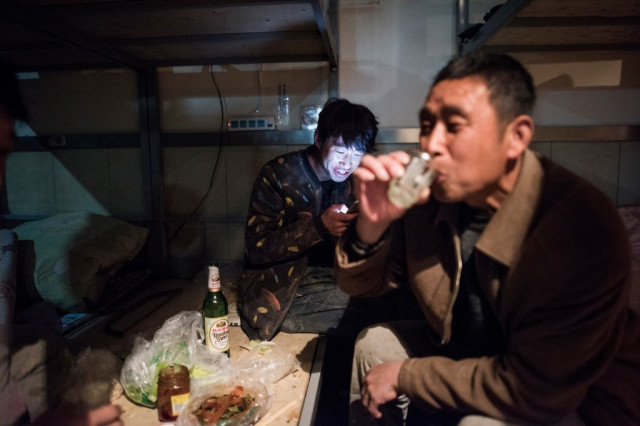 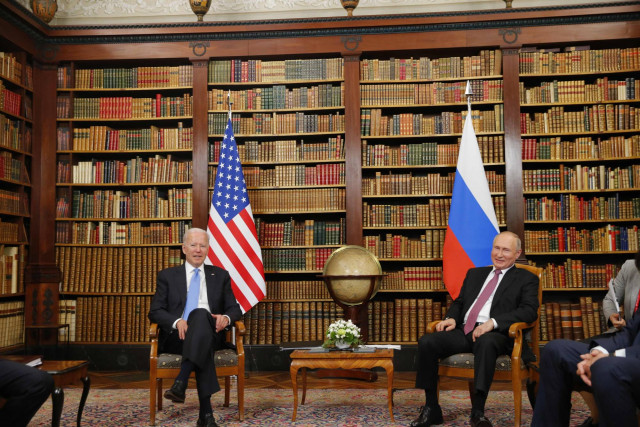 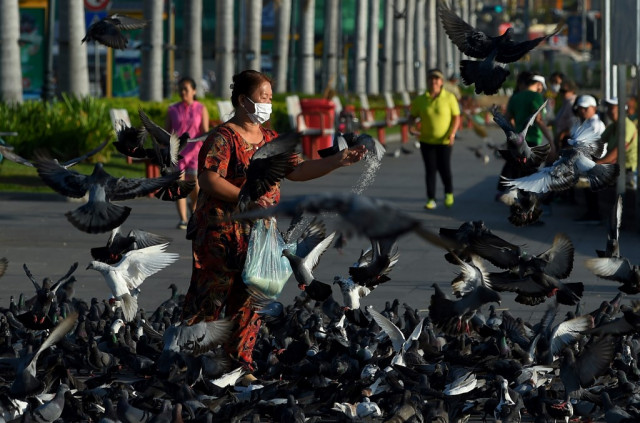