The majority of Cambodian MSMEs are run by women, but access to fundings remain an issue

PHNOM PENH – Micro, small and medium-size enterprises (MSMEs) are one of the pillars of Cambodian economic growth. According to a 2018 report from the Ministry of Industry, Science, Technology and Innovation, MSMEs accounted for 70 percent of Cambodia’s overall employment, 99.8 percent of companies, and represented 58 percent of gross domestic product (GDP).

Microbusinesses usually refer to single-employee companies, while small and medium enterprises employ up to 10 and 50 people respectively.

From this myriad of small-scale companies, 61 percent of Cambodian MSMEs are owned by women, putting female entrepreneurs at the core of the country's economy. In detail, 62 percent of micro-businesses and 26 percent of small and medium companies are women-led, while a vast proportion of informal businesses also rely on females, though precise data is lacking.

This proportion of women-run businesses in the economy is actually one of the highest among the ASEAN nations, such as Vietnam, Indonesia, Thailand and the Philippines, according to a report issued by the International Finance Corporation, a World Bank affiliated organization.

But Cambodian women entrepreneurs, along with most of their male counterparts, still lack general business management knowledge, to fully exploit their potential. Through gender-focused and culturally tailored business development programs for women in Cambodia, the social company Support Her Enterprise (SHE) Investments tries to fill-up the gap to give women the right keys to expand their businesses.

Over the past five years, SHE Investments saw an increase in women's commitment to become great entrepreneurs, with a focus on the impacts they can have on society. As a result, women now participate more in business networks, dedicate time and energy to seek business opportunities and are more open to skill training than they used to, pursuing one main goal: make their business grow.

The social enterprise observed that urban women are getting increasingly interested in personal and professional development, while there is still a limited commitment from women in suburban or remote areas.

But challenges in the day-to-day operations remain. According to SHE Investments, women’s knowledge in finance, accounting, financial analysis and capacity to forecast their expansion is still limited, slowing down their business’ growth, especially during the pandemics when the overall economy slowed down.

Getting the right funds at the right time is probably what constrains women entrepreneurs the most. According to the National Bank of Cambodia, the number of women borrowing loans from banks and MFIs went up from 1.6 million to 2.2 million people between 2017 and 2020. Forty-nine percent of them took out loans for business purposes.

According to a report conducted by the International Finance Corporation (IFC) in 2019, 58 percent of women’s loan applications were rejected due to insufficient collateral. That number even reached 66 percent in 2020, according to Konrad Adenauer Stiftung’s report “The Path to Success: How Women-owned Businesses Transform in the Era of Digitalization: Lessons from Cambodia”. The document highlights the challenges faced by women to finance their activity, from high collateral requirements, to complex loan procedures, or limited financial literacy, and tax compliance while applying for bank loans.

Because of their limited access to banking, most women in Cambodia start their business by using their own funds or informal sources, and rely on savings to expand their businesses. “They have no other choice, as women are underserved by banks,” says the IFC’s report. Only three percent of the nation’s women entrepreneurs have access to formal credit.

These past two years, on top of these funding issues, women-owned SMEs had to go through another challenge: COVID-19. The sanitary crisis had tremendous impacts on the country’s economic growth, with a 3.1 percent recession recorded in 2020, and a 3 percent estimated growth in 2021–which is much lower than the average 7 percent annual growth recorded since the early 2000s.

Seng Sopheak, policy analyst of Cambodia Women Entrepreneurs Association (CWEA) says that 59 percent of women-owned businesses were affected, with 17 percent of them having to close, while 41 percent survived.

Because women and women-owned SMEs play an important role in boosting the economic growth of Cambodia, the government and other financial institutions started establishing programs to give women entrepreneurs better financial support.

As of March 25, the United Nations Development Programme (UNDP) and the Credit Guarantee Corporation of Cambodia (CGCC), which is a state-owned enterprise under the technical and financial guidance of the Ministry of Economy and Finance, launched a conference to promote a credit guarantee scheme and support women-led MSMEs as part of COVID-19 recovery, as well as to close financing gap for women entrepreneurs.

According to CGCC, the scheme provides about $30 million under Women Entrepreneurs Guarantee Scheme (WEGS). Being effective from 01 April, the scheme aims at supporting women-owned businesses that lack collateral when applying for loans, so it can enhance their access to formal loans for both working capital and business expansion. WEGS is eligible for all types of loan facilities including term loans, overdrafts, trade facilities and provides guaranteed coverage of 80 percent of the loan.

For loans to be under the umbrella of the Women Entrepreneurs Guarantee Scheme, borrowers must be women or women-owned Micro, Small and Medium Enterprises (MSMEs), said CGCC. MSMEs also have to meet at least two of these criteria: woman owns the majority of shares; woman is the decision maker or manager; woman represents the company on any legal business registration; or, majority of the employees are women.

A UNDP report estimates that a public credit guarantee scheme would have a significant positive impact on the country’s GDP and on job creation. Especially in two sectors: agriculture and hospitality.

UNDP Cambodia’s Resident Representative Alissar Chaker explains that extending public credit guarantee to selected sectors generates significant positive impact on GDP and job creation. For instance, every $100 million invested in agriculture would generate about $280 million additional GDP and create a net effect of more than 48,000 jobs, of which 36 percent are estimated for women.

“These two sectors were selected for modeling estimation due to their need for investment on fixed capital, as compared to the relatively highly impactful services sector, such as trade and other businesses. However, this does not mean that the scheme contributes most to agriculture and hospitality,” she said.

“Agriculture received the lowest share of guarantee in terms of loan amount and number of loan guarantees. Out of approximately $29 million in total guaranteed loan, agriculture, service and trade (including hospitality) account for 3 percent and 8 percent, respectively, while the industry share is 22 percent,” she added, citing CGCC’s progress report.

Speaking at the joint conference on March 25 to promote the Credit Guarantee Scheme and to support women-led MSMEs as part of COVID-19 recovery, Alissar Chaker said that UNDP and other development partners were supporting national efforts for accelerating socio-economic empowerment of women.

“Women entrepreneurs are encouraged to stay abreast of financial and non-financial services available in the market, including public guarantees, to make informed decisions and widen their options for financial accessibility,” she added.

UNDP Cambodia’s resident representative said that before deciding to apply for loans, MSMEs owners should understand that financing doesn’t only refer to loans. Fundings can also be obtained through debt capital, equity capital, and other sources such as grant, incubator, and crowdfunding. By understanding the advantages and disadvantages of these financing options, entrepreneurs can make well-informed decisions.

The owners, on top of that, should gather important information on available financial products and services, including interest rate and eligibility criteria, so that entrepreneurs can select what fits their business needs and repayment capability. They should also make sure essential documentation such as financial statements and bookkeeping are in place to be eligible for financial applications.

SHE Investments also said there are a lot of women who start their own business only to support their household in some ways. But very few of them were given the right opportunities or resources to scale up their company.

“It takes more than passion and commitment for women to step up, there are cultural and social barriers that pose a threat in their performance. Both private and public sectors should work together by creating inclusive opportunities, closing the knowledge and gender gap, and leaving no one behind,” says the social enterprise, adding that the credit guarantee loan scheme will have a big impact for women-led businesses in accessing fundings.

“This may also respond to the existing issue that many of them can’t secure a loan or use any financial service due to a lack of collateral or guarantee,” said the organization. 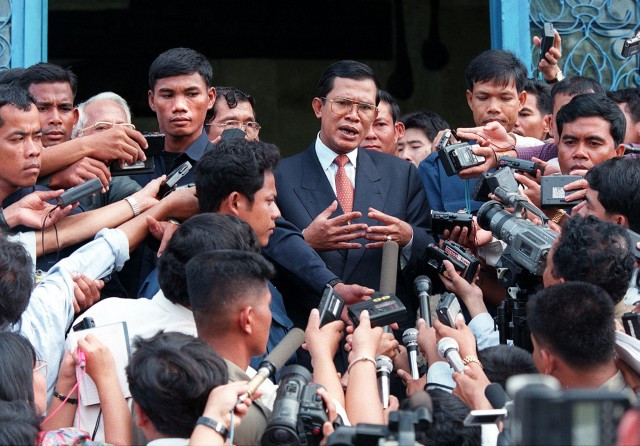 Inflation and Floods Cash Transfers to Support over One Mill... 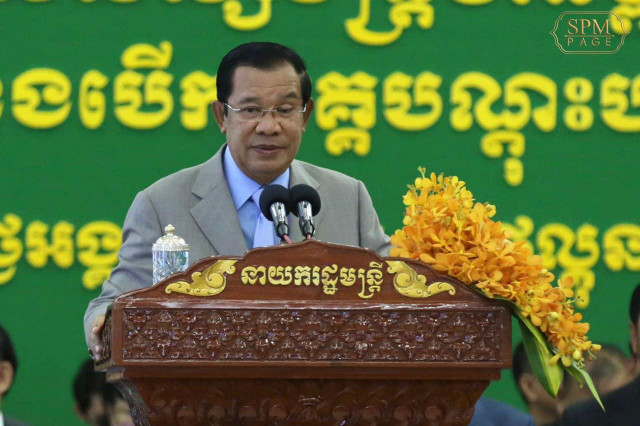