Microfinance: A Cover-up as Well as a Crisis?

Cambodia’s microfinance sector is a strange thing. On the one hand it is the world’s largest in per capita terms, ensuring that everyone can quickly access as many microloans as they like. It is also the world’s most profitable microfinance sector, as evidenced by the Wall Street-style profits enjoyed by nearly all the large mainly foreign-owned microfinance institutions.

But do these metrics indicate that microfinance has been a success in development, poverty reduction and social justice terms? They do not. All the independent evidence we have shows clearly that Cambodia's microfinance sector has been a stunning success for its investors, CEOs, senior managers, advisors and others attached to the sector, but pretty much a disaster for Cambodia's poor majority.

Just a few of the less publicised adverse developments include: serious household over-indebtedness, primitivizing the local economic structure, the poor losing family land posted as collateral for a microloan (now standard practice), families having to migrate to escape un-repayable microcredit debts, forcing some families into debt-bondage in Cambodia's horrendous brick kilns and, finally, the fact that the vast bulk of the massive profits extracted from Cambodia's poor have then been sent abroad as dividends and capital gains rather than used to support local demand or invested in promoting Cambodia's economic development.

These damaging outcomes are not specific to Cambodia, of course. They are, sadly, an increasingly common outcome in the many other countries that also possess a large microfinance sector.

This sour reality is why, after many years spent arguing that the microfinance model would comprehensively address global poverty, very many microfinance advocates have been forced to disown their earlier uplifting claims. Most notably this also includes the co-author of the standard textbook on the economics of microfinance, Jonathan Morduch, as well as the 2019 Nobel Economics Prize recipients, Abhijit Banerjee and Esther Duflo.

So, if microfinance has clearly not been a resounding success for Cambodia's poor, then how is it possible that this uncomfortable reality remains largely hidden from view?

As someone who has analysed the growth and functioning of Cambodia's microfinance sector for many years now, I think the explanation is clear: we have been witnessing another Wall Street-style case where those linked in some way to the microfinance sector – as CEO, manager, advisor, owner, investor – have been determined and able to go to great lengths to cover up the emerging bad news to “keep the party going”.

Consider a recent editorial in the Khmer Times saying that 'Cambodia’s microfinance (is) a growth engine, not a debt trap' and that the rapidly expanding microfinance sector was a, if not the, primary reason behind Cambodia's recent impressive poverty reduction progress.

The evidence presented for this claim relied on three publications. The first publication was a quite obscure article from as far back 2011 that adopted a terminally weak impact evaluation methodology that, among many other problems, deliberately refuses to explore potential wider downside impacts. The second publication referred to was a study from 2015 that had nothing whatsoever to do with the impact of microfinance, but simply looked at how efficiently microcredit was distributed to the poor.

The third publication was a World Bank report that might appear to be the most authoritative of the three. But, in its own way, it is perhaps even more misleading on the specific issue of impact than the other two. This is because, in spite of the huge financial and personnel resources of the World Bank behind it, the analysis studiously avoids any detailed examination of any of the downside impacts. This is a common technique in the field of microfinance impact evaluation, and a technique widely utilised at the World Bank, known as 'intentional ignorance'.

When you focus only on the upsides to any intervention – say, the entry of new microenterprises – and simply refuse to seriously analyse the downsides – say, the failure of these microenterprises – you inevitably come to the conclusion required, which is usually that, give or take a few bumps, things are working quite well.

The evidence presented in the Khmer Times article was therefore, quite frankly, ludicrous. It is supremely telling of the motives of those penning the article that they concluded with a claim to the effect that all independent evidence that happens to criticise microfinance in Cambodia must be seen as part a foreign plot to smear the Cambodian government!

Even more false claims were made in a 2020 Op-Ed in Thompson Reuters Foundation News co-authored by ACLEDA CEO In Channy and Kea Borann, the president of the Cambodia Microfinance Association (CMA) and the CEO of AMK, one of the largest microfinance institutions in Cambodia. Under the headline claim that "Microfinance in Cambodia has lifted millions of people out of poverty" they offer no actual evidence or serious analysis as to why their hugely important claim might actually hold water.

Instead, they simply take aim at the widespread claims made by many respected human rights groups and many leading academic economic geographers suggesting that clients unable to repay their microloans are losing their land lodged as collateral on a microloan. Their statement that "Out of more than 3,400,000 loan accounts in 2020, of which around 3 million are collateralized, only a few hundred have been foreclosed" is particularly misleading.

It quite blatantly side-steps the fact that the poor are actually losing their land not through formal foreclosure through the court system, which indeed accounts for only a “few hundred” foreclosures, but through an informal sale tactic that puts the client under pressure to informally sell their land to a willing buyer as the price they must pay in order to extinguish any remaining microcredit debt.

Surely two individuals with probably more access to the data on microfinance operations and impact than anyone else in the world could have come up with at least some real evidence or serious analysis that might have backed up their hugely optimistic views?

Finally, the most recent example of an attempt to distort reality was by the German Ambassador to Cambodia, Christian Berger, co-writing with the then head of KfW in Cambodia, Harald Huettenrauch.

While recognising in passing a few of the flaws in the microfinance model, they nevertheless opted to come out with a strong defence of Cambodia's microfinance industry. Given that the German government has strongly supported the microfinance industry in Cambodia in recent years, especially the ACLEDA group, where Huettenrauch was also a long-time board member of the ACLEDA Financial Trust (AFT) which is also the largest shareholder in ACLEDA, and that both Berger and Huettenrauch are apparently economists, we might have expected a really solid analysis of the key upside and downside impact issues.

Instead they simply roll out some of the most familiar misunderstandings about microfinance in their article.

They argue, for example, that formal microfinance is a direct substitute for loan shark operations, as if the huge growth in microfinance globally, and in Cambodia, is usefully displacing local loan sharking activity. In fact, the massive expansion of the microfinance sector in Cambodia (almost $US12 billion at the last count) is largely in addition to, not a substitute for, the historically quite modest lending activities of the traditional local loan shark, not least this is because almost all of this $US12 billion has been sourced from abroad.

If anything, the arrival of so much foreign capital has helped the loan sharking industry to expand, not contract. This happens when, for example, Cambodians in serious debt to the microfinance institutions increasingly have to turn to the local loan shark to find the cash to repay an instalment or else risk losing their land offered as collateral.

Even worse, Berger and Huettenrauch go on to make a false comparison of free market Cambodia with the more developmental statist Vietnam to suggest that Cambodia has been “doing the right thing” by profit-driven microcredit. This wilfully ignores the fact that from the 1990s Vietnam carefully built a heterodox state-coordinated local financial system that went on to play a major role in creating Asia's latest 'tiger' economy, while Cambodia was forced to adopt the standard World Bank-approved for-profit microcredit model and, partly as a result, its rural sector came nowhere near to repeating Vietnam's great rural economic and social successes.

Finally, I feel it important to add that Ambassador Berger's views as to the impact of microfinance would be more valuable if the German government itself was prepared to release what data it has on how the microfinance sector operates and who are its principal beneficiaries.

Even its (then) functional website contained all of five pages, and almost all of these appear to have been directly taken from a book authored by Heather Clark, a former UN official and leading microfinance advocate, author of two KfW-financed North Korean-style hagiographies celebrating ACLEDA, and – pointedly – also a long-time board member of AFT. With even ACLEDA Bank CEO In Channy refusing to provide any details about AFT  –  "We do not need to publicly disclose that information" was his response to one media enquiry – it is difficult to fathom out exactly how AFT exists to serves the interests of Cambodia's poor, as claimed by Heather Clark that it does.

Yet having accumulated a very significant inflow of dividends from ACLEDA Bank (as much as $US50 million in total), it is an entirely legitimate research question to enquire how these funds are used and if Cambodia's poor actually derive any benefit from them.

If these funds were not used in ways that would benefit the Cambodian people, or worse, simply used to reward certain interests in the country, then that is an important fact that will affect any calculation as to the impact of microfinance in Cambodia – and Huettenrauch would know this. However, before his hasty and unannounced departure from KfW,  Huettenrauch point blank refused to respond to all of my communications on this issue.

So did Clark. So much for KfW's commitment to ensuring openness and transparency in its operations. Also rather strange – perhaps not even coincidental – after several attempts by myself and others failed to obtain details as to AFT's activities, its original five-page website was then taken down for “updating”, and then in February 2022 AFT chose to announce to the public what might be its first official activity: buying more shares in ACLEDA Bank!

When independent researchers examining local economic development policies, such as myself, are constantly stonewalled, or even worse smeared as being driven by “political motives”, this is not the way to constructively assist in the examination of the impact of a financial intervention that has so decisively shaped Cambodia's financial system over the last twenty or so years. Especially in the aftermath of the greatest health emergency of the last one hundred years, Cambodia's poor deserve much better. 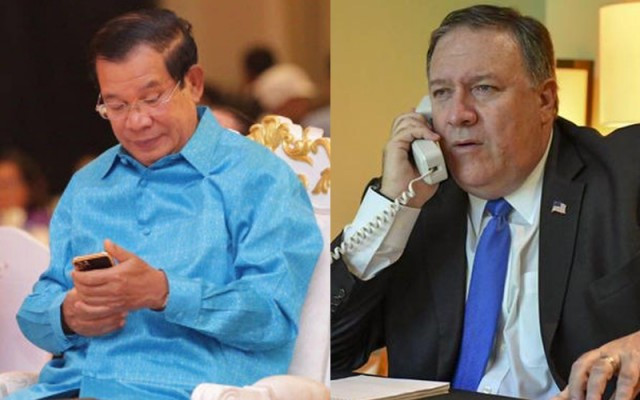 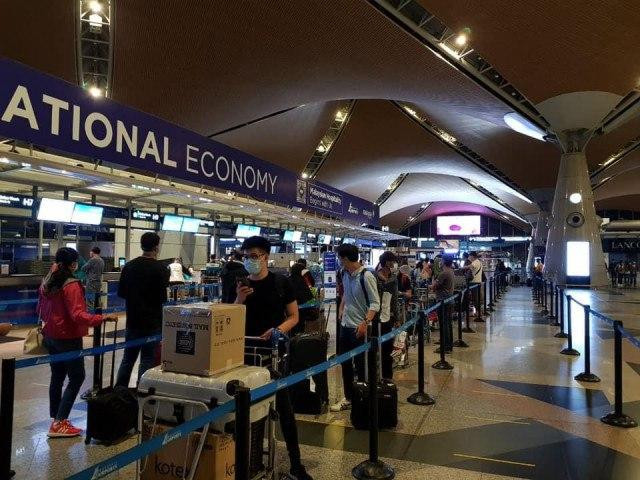