Opinion: Should Young Cambodians Move to Work Abroad or Stay to Help Develop their Home Country?

Every year, many developed nations such as the United States, Australia and Germany see an influx of immigrants from all over the world. They move to these countries for innumerable reasons, including pursuing higher education and accessing better job opportunities and training. Yet, at the same time, some other people have faith in seeking a more accessible and better life for themselves and their families as they try to escape life-threatening situations, including armed conflicts or war in their home countries.

In this regard, an argument can be made that least developed countries can remain underdeveloped because their most competent and brightest people choose to move abroad to get better paid instead of staying to contribute to the development of their native nations. However, there is no reason to assume that people cannot achieve both their well-being and their home country by moving abroad with their skills and abilities.

People are willing to leave their motherland for another country not solely because there are financial motives. Sometimes, they have no choice. Other times, their options are not worth it or even counterproductive. Therefore, let me explore two example situations. In the first situation, a high school graduate wishes to continue education in France, in a field they are interested in and can earn more upon graduation there than in their home country. The second case is when a highly competent person is skillful and wants to move abroad to receive better pay. Let's say these people were born and raised in Cambodia; is finance the only incentive at play here? Or are there more motives that drive these people to migrate?

Imagine that the high school graduate in the first example, is a conscientious and determined student. After growing up in Phnom Penh, a capital that often suffers from development challenges, including energy shortage, they dream of helping the nation build better and more reliable energy infrastructure and lift people out of poverty. Upon graduation, they apply for a scholarship in France and later get awarded. France is a nation whose energy sector emits far fewer greenhouse gases per year than its neighbouring Germany. Moreover, it is among the world's biggest net exporters of electricity due to its capacity to adopt nuclear energy and renewables.

What if they stay in Cambodia instead of pursuing an education in France? I would argue it would be a waste of talent and energy. Going abroad would allow her to get more opportunities and explore what works and does not while immersing herself in a higher-quality education system. This is not to mention the technological advantages that France has. Upon graduation, they would be able to intern at an energy company or even work on a plan to modernize the Cambodian energy sector. This example applies to other fields as well, not just energy.

As for the second case, I focus on a self-taught skilled software engineer. Their skill set includes building mobile and web applications. They are qualified enough to be hired by big American tech companies such as Microsoft and Google after applying for software engineering jobs at these companies. The engineer in this example is currently working for a tech startup, responsible for a food delivery application allowing local restaurants to get orders from customers online. They earn around $550 per month, a little above average in Cambodia. The engineer feels as if their skills and abilities are undervalued, and rightly so because, at Microsoft, the junior software developers could earn roughly $62,000 per year—or $5,166 per month.

While it is true that he will make more by going abroad, it remains unclear how engineers going abroad would slow down Cambodia's development. Even if the motivation behind these skilled people going abroad is financial, would it necessarily be wrong? Proficient and competent engineers moving abroad seeking better pay is an incentive for government and private companies to consider increasing how much these individuals are paid.

For almost a decade now, the Cambodian economy has been experiencing sluggishness in growth due to multiple reasons that include, but are not limited to, the withdrawal of the preferential trade system by the European Union and deterioration in ties with some major partners specifically the United States due to the ruling government descending into more authoritarianism. Moreover, high levels of corruption in several areas, including in the judicial system, tax administration, and land management, also cost Cambodia its fortune.

To be fair, other nations perform just as—and sometimes even worse than Cambodia, but the point still stands when it comes to decisions people make when considering moving to live in other countries. For example, would you want to live in a corrupt country that can jail you for being critical of the government and pay you less than what you're worth, or move to one where you have freedom of speech and receive decent pay?

If more people can move abroad and secure a much better living, they, with patriotism, would be willing to give more donations to NGOs and charities and invest more in Cambodia, and that will help boost the national economy and provide jobs and better livelihoods for the people than if they stay and work in their home country.

Shida Masaya is a 20-year-old programmer and designer in Phnom Penh. Check out his website: masayashida.com 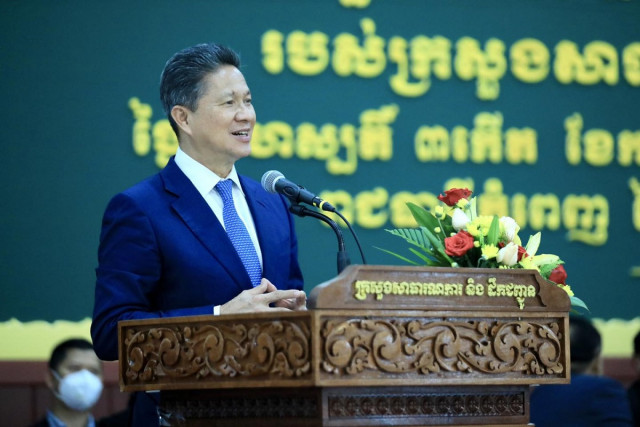 China to Provide a Grant for Road Construction in Kampong Ch... 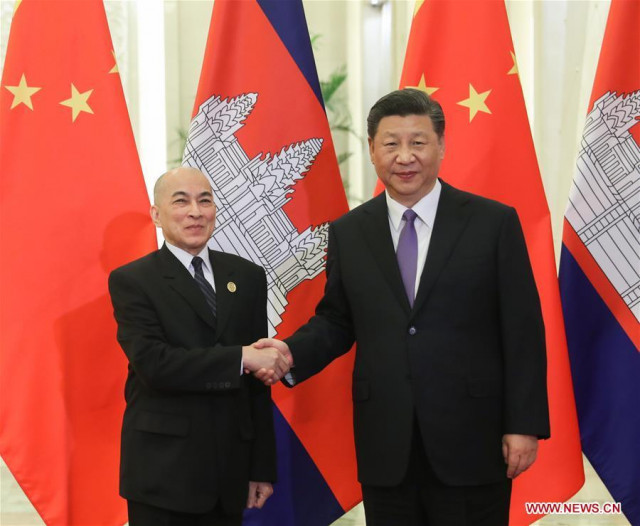