Manila, Philippines | Philippines President Rodrigo Duterte has said he will "prepare for my defence" against an International Criminal Court probe into his deadly drug war, after previously insisting he would not cooperate.

ICC judges authorised in September a full-blown investigation into Duterte's anti-narcotics campaign, which rights groups estimate has killed tens of thousands of people, saying it resembled an illegitimate and systematic attack on civilians.

"I will prepare for my defence in the ICC," Duterte said in a pre-recorded speech released Monday, in his first public comments on the probe.

"Just stick to the facts because there are records of it. I am not threatening you -- just don't cheat me on the evidence," Duterte said in the speech, which came two days after he declared he would retire from politics.

Duterte has repeatedly attacked the world's only permanent war crimes court and insisted it has no jurisdiction in the Philippines.

The authoritarian firebrand pulled Manila out of the ICC after it launched a preliminary probe, but the Hague-based court says it has jurisdiction over crimes committed while the Philippines was still a member.

Duterte has repeatedly said there is no official campaign to illegally kill addicts and dealers, but his speeches have included incitements to violence and he previously told police to kill drug suspects if their lives were in danger.

On Monday, Duterte said again he would protect officers carrying out the war on drugs "as long as you obey the law".

"I will answer for it and if someone should go to prison, I will be the one to go to prison."

Three Philippine policemen were sentenced in 2018 to decades in prison for murdering a teenager during an anti-narcotics sweep, the first and only conviction so far against officers carrying out Duterte's war on drugs.

Justice Secretary Menardo Guevarra said Sunday a review of 52 anti-drug operations carried out by police had identified around 154 officers for "possible criminal liability".

The cases will be further investigated and criminal charges filed "if warranted by the evidence", Guevarra said.

Duterte, who is constitutionally barred from seeking a second term as president, declared in August he would run for the vice presidency.

But in a surprise announcement Saturday, he said he would retire -- which was met with deep scepticism among analysts.

Duterte made a similar announcement in September 2015, saying he "will retire from public life for good", only to declare his presidential bid two months later.

Duterte has not named a successor, but indicated his daughter Sara will run alongside his longtime aide Senator Christopher Go.

Analysts say she would likely protect Duterte from criminal charges in the Philippines, and ICC prosecutors.

So far, she has denied plans to run for president. 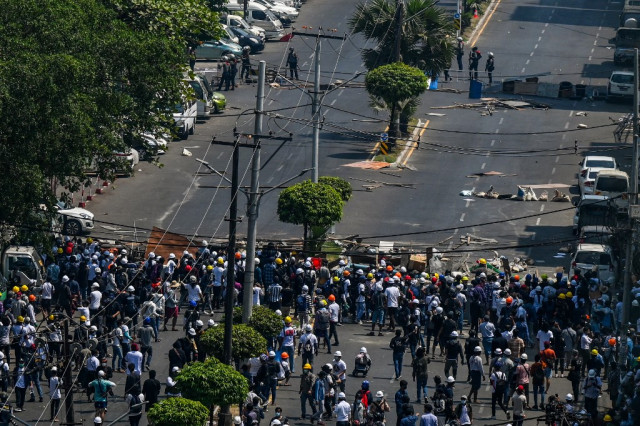