The NagaCorp Project at Angkor Is on Hold, the Ministry of Culture Says

The photo shows the meeting of the International Coordinating Committee of Angkor (ICC) on Jan. 26 and 27, 2021. Photo: Isa Rohany.

Plans must change so the project does not to interfere with the historical site, the ministry says

PHNOM PENH--Ministry of Culture and Fine Arts Secretary of State Sum Mab said on Feb. 19 that the hotel and theme park complex that NagaCorp Ltd plans to build 500 meters from the Angkor Archeological Park in Siem Reap Province is now on hold.

At the meeting of the International Coordinating Committee of Angkor (ICC) on Jan. 26 and 27, 2021, he said, “ICC's experts found that NagaCorp's proposal…to establish a resort called ‘Angkor Lake of Wonder’ is too big [and would] affect Angkor Park.”

The ICC consists of representatives from Apsara Authority—the Cambodian government body that manages Angkor Park—countries and specialized teams conducting restoration and other projects in Angkor Park. It also includes experts from the United Nations Educational, Scientific and Cultural Organization (Unesco) since Angkor is a World Heritage Site.

“We respect the ICC's concerns, and follow ICC's guidelines," Mab said. The Cambodian government always prioritizes the preservation of heritage sites, and any development or activities that have a direct or indirect impact on those sites would not be allowed, he added.

As for the NagaCorp complex designed to include a theme park, a water park, three hotels and meeting facilities, the project was still being studied by the government authorities and will now have to be modified, and then reviewed by government and ICC experts to make sure it does not affect Angkor Park, Mab said.

In a press release on Feb. 17, Unesco had expressed concern over NagaCorp’s project and said that it would be reviewed by the Unesco’s World Heritage Committee in July 2021. The committee, which consists of representatives from 21 member countries, are charged to take action when World Heritage sites are not properly managed.

A story on the NagaCorp project published on Feb. 13 in the prestigious French newspaper Le Monde led Cambodian Ambassador to France Ket Sophann to lash out at the journalist Florence Evin who had written it.

In a letter to Le Monde editor, Sophann wrote in French that the story made one believe that Prime Minister Hun Sen would be willing to risk Angkor Park losing its designation of Unesco World Heritage Site for the benefit of a private amusement park.

“I profoundly deplore that Le Monde gives a column to such false assertion, technical lies and manipulation of public opinion,” he wrote on Feb. 18.

Sophann pointed out that Angkor Park is overseen by the ICC, which is presided over by France and Japan, and added that the journalist should have asked the French authorities instead of being derogatory toward Cambodians.

In the story, Evin wrote that “[t]he festive and amusement-park tone of the future Angkor Lake seems to [ICC experts] incompatible with the sacred imprint of the temples of the authentic Angkor.”

In an announcement dated Nov. 15, 2020, NagaCorp had explained that it had concluded an agreement on May 12, 2020, with Apsara Authority for, the text read, “a 50-year lease (with option to renew) on a prime piece of development land which measures 75 hectares…sited just about 500 meters south of the outer restricted zone of the world-famous Angkor Wat in Siem Reap.”

NagaCorp had also mentioned that it would pay no rent on the land for seven years plus a possible three more years. 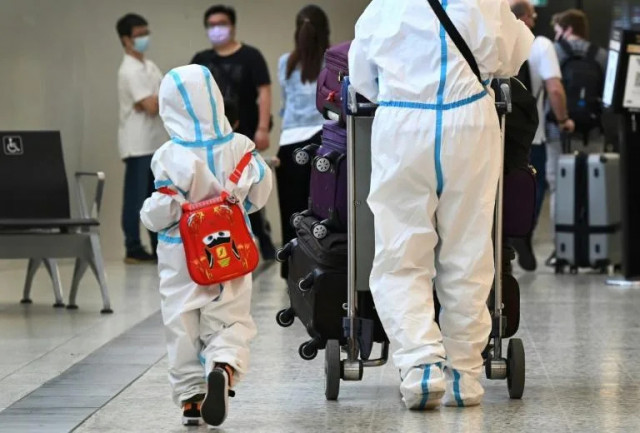