Demonstrators protest the IMF and World Bank's investments in fossil fuels and urge them to confront climate change as they march outside the World Bank and IMF Headquarters during the organizations, Annual Meetings in Washington, DC, October 18, 2019.

"Our collective responses to climate change, poverty and inequality are defining choices of our age," World Bank President David Malpass said in a statement announcing the decision.

"To deliver on our twin goals of reducing poverty and boosting shared prosperity, it is critical that the World Bank Group helps countries fully integrate climate and development."

The development lending organization's plan will ensure that 35 percent of overall World Bank financing over the next five years will have climate "co-benefits," including 50 percent of financing through its lending and international development bodies going to support adaptation and resilience.

That is an increase from an average of just 26 percent with climate benefits from 2016 through 2020.

The bank also pledged to align new operations with the objectives of the Paris Agreement by July 2023.

The move comes in the wake of US President Joe Biden's announcement to rejoin the Paris Climate Agreement, reversing the decision of his predecessor Donald Trump to withdraw from the pact.

The United States is the world's second-biggest carbon emitter after China and the biggest shareholder of the World Bank.

The bank also will develop new metrics to measure greenhouse gas emissions, assist countries in developing national climate strategies, and support a "just transition" out of coal production that includes job-training skills for workers in the sector.

"It's really important because what we don't want is to use 35 percent of our resources on climate and to have the rest of actions completely disconnected and not even looking into the questions," Hallegatte told AFP.

"The goal has been to mainstream completely the climate questions into development and that's what the Paris Accord alignment means." 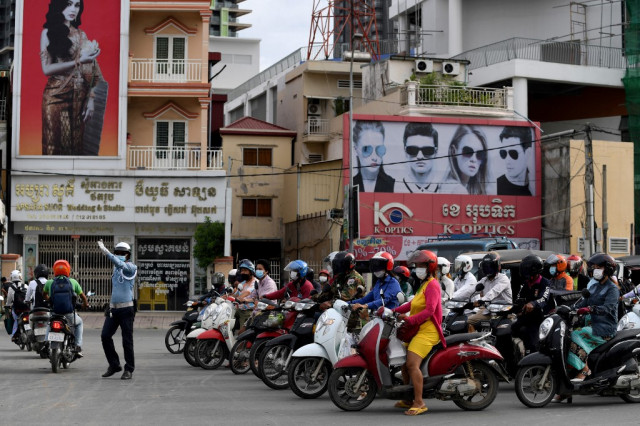