China's President Xi Jinping speaks following his arrival via high-speed rail across the border in Hong Kong on June 30, 2022, for celebrations marking the 25th anniversary of the city's handover from Britain to China. Photo by Selim CHTAYTI / POOL / AFP

During Xi's three-day visit to Central Asia, he is scheduled to attend a leaders' summit of the Shanghai Cooperation Organisation (SCO) in Uzbekistan, where he is expected to meet with Russian leader Vladimir Putin.

Xi, whose plane touched down around 0830 GMT, was greeted on the red-carpeted runway by Kazakh leader President Kassym-Jomart Tokayev.

Both leaders and their respective delegations -- as well as the guard of honour that met Xi on arrival -- were wearing masks.

"China is willing to work with Kazakhstan to deepen cooperation in law enforcement, security and defence," Xi wrote in an article for Kazakh media that was republished by Chinese state broadcaster CCTV.

He added that Beijing also wanted to work with Kazakhstan to combat drug trafficking and transnational organised crime as well as what China calls the "three evils".

China's government has previously used the term "three evils" -- defined as terrorism, separatism and religious extremism -- to refer to its crackdown in its far western region of Xinjiang, which borders Kazakhstan.

Beijing stands accused of detaining over one million Uyghurs and other Muslim minorities in Xinjiang -- including some Kazakhs -- under a years-long security campaign that the United States and some lawmakers in other Western countries have labelled a "genocide". 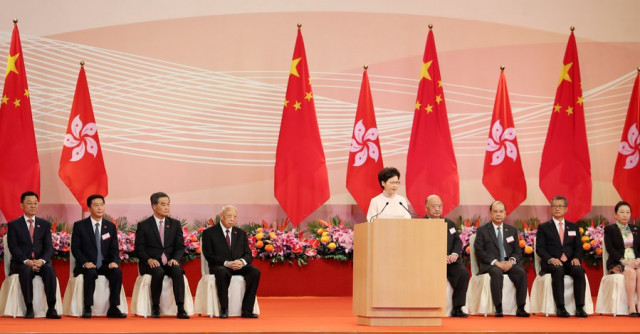