HANOI – The USA-Cambodia Basketball Association (UCBA) has recruited eight Cambodian-American basketball players for the Cambodian male and female basketball teams for the SEA Games in Vietnam.

This will be the first time a female Cambodian team has played abroad since 1974.

Rising star Jasmine Kong and three others arrived in the Kingdom last weekend and went straight to training with their male counterparts who had been in the country for over two weeks.

Sidtia Sidtikun, Tianna Sidtikun and Sima Soun are the other players to make up the roster. The team will represent Cambodia in 3×3 basketball in Hanoi.

“I am very excited to join the Vietnam SEA Games. It is very special,” said Kong.

Kong, who helped recruit the other players, is optimistic that Cambodia will make an impact at the Games despite it being their first time.

“I am very optimistic because Sima and I worked hard to recruit the Sidtikun sisters and the team is made up of real talent,” she added, referring to UCBA board member Sima Suon.

Suon Sina has been coordinating the team and will assume the role of director and player.

“It’s more about inspiring the next generation of Khmer girls in basketball, as it is in their blood,” Kong added.

Sidtia Sidtikun, the elder of the Sidtikun sisters echoed Kong’s optimism. She said the presence of the region's powerhouses such as Thailand, Indonesia and Malaysia at the SEA Games is not intimidating as they are confident of doing the country proud.

“We are not going to Vietnam as tourists but to compete, its 3 x 3 and we will give our best to ensure we win medals for Cambodia,” the 26-year-old said.

“We have found four Khmer-American players. Thanks to the UCBA for helping with the recruitment, we are very hopeful that they will do well. It’s all about them getting their acts together and raising their heads high,” Koledoye said.

“In women’s basketball in Asia, most of the players are of equal height compared to the men, so if we can get our shooting acts together, anything can happen.”

UCBA coach Edward Scollan, who accompanied the team to Cambodia, expressed confidence in the chances of the women’s team and shares the belief that they could make a podium finish at the Games.

“It doesn't really matter that this is Cambodia’s debut at the female basketball, it is all about how experienced they are and these girls bring years of experience playing in US high school and college basketball which could well see them rise to the occasion.”

The four players have all distinguished themselves by playing for high school and college teams in California, Ohio and other states in the US.

For the male basketball team, it's a return for Johnathan So, Alan Khou and Richard Hu to the SEA Games stage after their debut in the Philippines 2019 Games.

The trio are joined by Mike Seng for a quadruplet that will play in the 3 x 3 male basketball team.

“It’s another opportunity for us to try our team towards 2023 when Cambodia will host the games, so we will be playing in the 3 x 3 and 5 x 5 tournament for the men’s basketball and the US-based Cambodian-born will definitely give us the depth needed to compete,” Koledoye said.

For head coach Kao Kanaly, the experience from the recent pre-Games tournament in Bali will help the team, especially the home-based players as they now know what to expect in Vietnam.

“Our experience in Bali is going to be helpful, despite not winning any match in the pre-SEA Games, we have used the opportunity to learn one or two things about the players,” he said.

Assistant coach Sok Tour said it will be tough for the team to get past the top regional contenders but it would not be a pushover.

“We know it is going to be tough, our opponents are stronger but we will push them to their limits,” the former Pate 310 shooting guard said.

Cambodia faces a tough challenge in Vietnam as the team roster of 12 players will have to contend with playing 3 x 3 on May 13 to 14 before the 5 x 5 games from May 16.

The Cambodian team no doubt will be the underdogs among the seven teams and will have to go through six games to have any chance of a podium finish. Johnathan So said the team liked the underdog tag.

Tour said, “Our focus is on getting a medal at the Games and we will go all out for it.”

Allan Khou said he believed teams will under-rate Cambodia in the round-robin tournament.

“This will be to our advantage as we will be playing with less pressure, our goal is to take each game as it comes and see where we get to,” Khou said.

For Richard Hu, the team will do better than they did in Manila in 2019. The medical doctor who had to sacrifice his job in the US to come to play for his fatherland knows that only a return with the medal will be rewarding.

“I have been invited to join the team since 2013 but my academic pursuit denied me the opportunity until 2019 after I completed my medical school program. With that behind me, I am focused and would be a dream come true for me to return with the SEA Games medals,” he said.

To show their commitment, the male team arrived in the country about two weeks ago.  They have been training intensely every day since then and blending together with the home-based players, which Hu feels is a bonus.

“We had to leave our jobs and studies to come early to prepare and blend with the local players, this has helped our team bonding and we are ready to go,” he said.

Coach Scollan said the early arrival of the US-based players is good for the team, unlike in the past when players arrive only a few days before their departure for the Games.

“We have had nearly two weeks of training together and this will help the team more when we get to Vietnam. Coach Koledoye has had a good time to put the players through the drills and how we want them to play and this is a huge advantage,” he added.

The Cambodian team of 12 men, four women and five officials departed from Cambodia on May 11 ahead of the official opening ceremony on May 12. 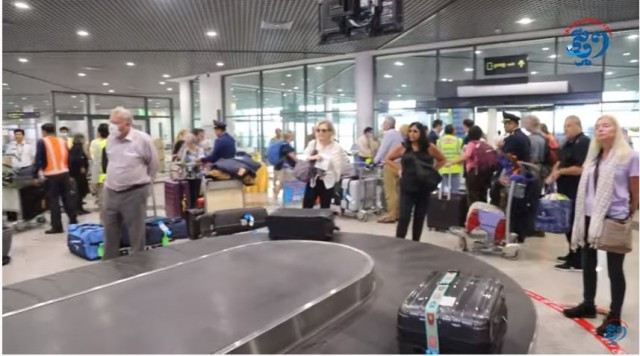 Visas for Foreign Visitors Will Not Be Issued at Cambodian A... 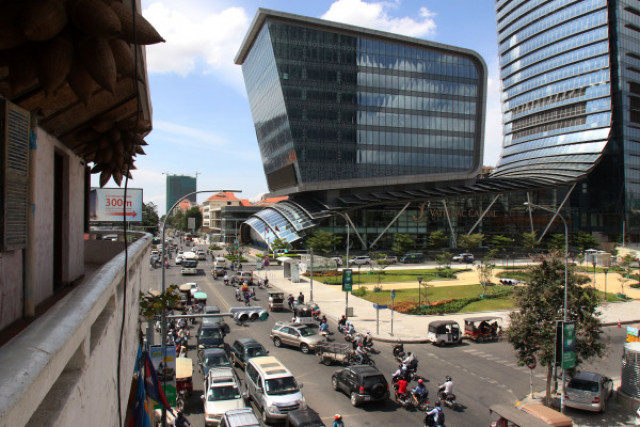 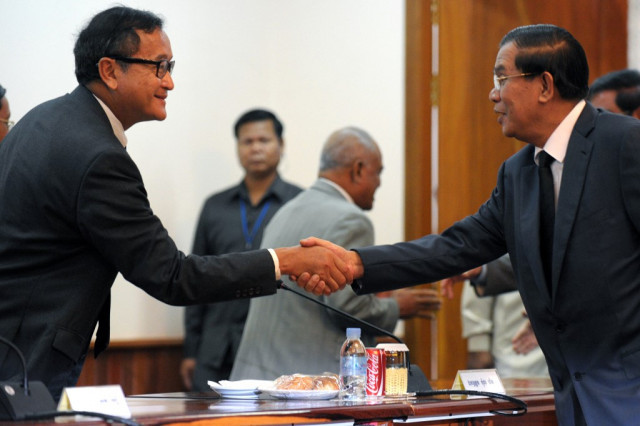