Beijing, China| China on Monday threatened a "counterstrike" against a move by the United States to lift restrictions on official contacts with Taiwan as military tensions grow between Beijing and the self-ruled island.

US Secretary of State Mike Pompeo said Saturday Washington would lift "complex internal restrictions" on contacts with Taipei by diplomats, after a year of mounting US-Chinese friction on topics including human rights, trade and the origins of the Covid-19 pandemic.

Beijing says Taiwan is an inviolable part of China to be reclaimed, by force if necessary, and opposes any diplomatic recognition of the democratic island.

"Any action that harms China's core interests will receive a resolute counterstrike from China," Zhao warned, urging Pompeo to retract the decision or face "severe punishment".

It was not clear what the change means in practice, with Pompeo saying executive branch communications with Taiwan will be handled by the American Institute in Taiwan (AIT), which is owned by the US government and serves as the de facto embassy.

The AIT was founded in 1979, when the United States extended diplomatic recognition to mainland China under a historic agreement requiring it to end formal recognition of Taiwan.

But Washington remains a staunch ally of Taipei and is bound by Congress to sell it weapons for self-defence. It opposes any move to change Taiwan's current status by force.

Military tensions between mainland China and Taiwan have grown sharper in the past year -- reaching their worst since the mid-1990s, some analysts say.

Beijing's animosity has increased dramatically since Tsai Ing-wen won election as Taiwan's president in 2016 -- she rejects Beijing's insistence that the island is part of "one China". 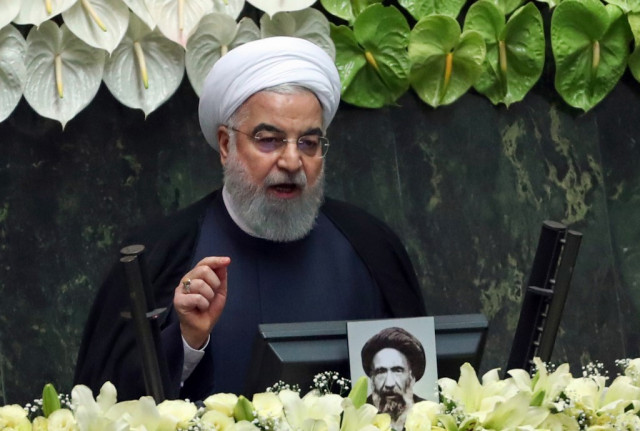