With droughts and extreme weather events becoming increasingly destructive in Cambodia, the time is now to invest in climate resilience—especially for the agricultural sector—experts warn

The report also acknowledges that the climate crisis has reduced agricultural output, land quality and led to income losses throughout Cambodia’s agricultural sector.

Cambodia had been ranked 13th in the World Climate Risk Index from 1995 to 2015 and 8th in the World Risk Index in 2016 among the world's most vulnerable countries, but since then the country has continued to experience increasingly extreme weather events such as droughts and floods.

United Nations Development Programme (UNDP) country coordinator for Cambodia, Alissar Chaker, noted that as climate change is already being felt in Cambodia, the report could serve as clear evidence that there is a connection between intensified climate impacts and socio-economic wellbeing.

“We strongly agree with the report that droughts are one of the main climate change threats to the Cambodian economy and society,” Chaker said, citing a 2019 modelling exercise supported by UNDP, the European Union, Sweden, and the Ministry of Economy and Finance which estimates that the increasing temperatures and extreme weather events could reduce Cambodia's GDP by $110 million in 2020, with the losses swelling to $1.5 billion in 2030.

She went on to highlight that the climate-induced impacts like drought are disproportionately affecting the poorest and the most vulnerable in Cambodia and beyond.

“Likewise, they affect the condition of women reinforcing traditional division of labor and increasing their deprivations, for example, hunger and malnutrition leaving them in a weak physical condition,” she added.

Sou Socheath serves as executive director of Live & Learn Cambodia—an NGO focused on environmental sustainability—and he echoed Chaker’s concerns that drought has produced disparaging effects for Cambodia where much of the economy and people’s livelihood heavily depends upon agriculture.

“Drought is a major disaster in Cambodia as it is a slow on-set climate extreme event, and Cambodian livelihoods and economy rely on agriculture,” Socheath said, emphasizing the need for more investment in tackling drought related issues before it’s too late.

Many countries across the globe are advocating for more investment in climate adaptation and boosting climate resilience, but Cambodia, despite being one of the most susceptible and dependent on agriculture, has fewer resources to invest in adaptation, undermining the efforts made so far.

According to Chaker, the Cambodian government and its development partners significantly increased financing for climate change adaptation over the last decade.

She underlined that in 2020, public expenditure on adaptation was estimated to be around $560 million—or 2.2 percent of GDP for 2020 which totaled $25.29 billion—most of which was spent on improving the resilience of roads and developing irrigation infrastructure.

“This is a positive development but much more needs to be done in terms of risk-informed development, given the vulnerability of the Cambodian economy and its high dependency on climate-sensitive sectors such as agriculture, water resources, forestry, fisheries, tourism and so on, which form the critical foundation of its economic growth and support the livelihoods of a significant majority of its population,” Chaker said.

She continued that, the investment in adaptation would protect development gains and reduce potential costs associated with future damage, health bills and lost economic opportunities.

Speaking of strengthening climate adaptation, the Ministry of Environment’s spokesperson Neth Pheaktra acknowledged the climate-induced disasters such as drought have had a significant impact on the economy, even under the scenario where global temperatures are prevented from rising over 2°C by the end of this century.

Regarding the adaptation plan, Chaker noted that the Cambodian government has already developed two different policies regarding Nationally Determined Contributions (NDCs) and updated the NDCs in place—the key documents that help guide the country to achieve long-term goals of reducing emissions and adapting to the climate crisis.

“It is worth noting that the Cambodian government will present the updated NDCs during a global climate summit, the 26th UN Climate Change Conference of the Parties (COP26) taking place from Nov. 1 to Nov. 12, 2021 in Glasgow,” she said, pointing out that these NDCs will enhance Cambodia’s prospects for identifying and accessing new partnerships and climate finance to implement its ambition.

Cambodian Prime Minister Hun Sen personally acknowledged that climate crisis has adversely affected many countries including Cambodia in his speech at the Climate Action Summit in December 2020.


He said as a responsible country that emits an insignificant amount of greenhouse gases, Cambodia remains highly committed to a collective fight against climate change, including achieving carbon neutrality.   However, he also urged developed countries to fulfill their promised obligations, both in providing financial support and technology transfers.

Under the 2015 Paris Agreement, developed nations pledged to jointly mobilize up to $100 billion in climate financing by 2020 to support least developed countries to deal with the climate impacts. However, funding has largely fallen short, despite many calls for financiers to live up to their pledges—these calls are expected to be renewed with a newfound urgency at the COP26 in Glasgow.

Dealing with droughts and other climate shifts requires practical, long-term strategies and calls are growing for Cambodia to pay greater attention to the management of the country’s water resources.

Socheath pointed out that, as an agrarian country, Cambodia can try to cope with droughts by focusing on improving irrigation as well as land use to minimize the impact when droughts occur.

“There are possibilities to cope with droughts and improving irrigation facilities with better water management systems can [be an option],” he said.

Tim Sophea, a lecturer in the Principles of Ecology for Natural Resource Management at the Royal University of Agriculture in Phnom Penh’s graduate school also agreed that developing irrigation systems is also a practical option for Cambodia to deal with droughts.

In Cambodia, he explained, it is favorable for water conservation practice as there are many lakes, canals, rivers and other water ways with only two seasons. However, the ability to conserve water during the rainy season remains underdeveloped and requires more investment.

“We can do a lot, including developing artificial ways to conserve water during the rainy season so that we can address the problem when our farmers experience moderate drought,” Sophea explained, adding that the country lacks policies that prioritize these solutions.

In addition to that, Socheath added it was important to develop the government’s ability to promote information sharing, enabling the farmers to be aware of predicted drought events as much as they are aware of the floods.

“In this case, information sharing about droughts is important to everyone. People should be aware of climate change trends and the weather,” he said.

With droughts becoming more common, there is a growing urgency to support farmers in developing new agricultural techniques and shifting to more durable crop varieties that can survive in our changing environment.

Lor Bunna, director of the Cambodian Agricultural Research and Development Institute (CARDI)—an organization promoting agricultural research—said that his organization has been helping farmers by researching new climate-resilience crops so that the country can cope with climate change and ensure food security.

“We have been researching new main crops such as watermelon, banana, corn as well as beans but we mainly focus on rice crops,” Bunna said.

Asked whether many farmers are able to adopt the new practices including choosing more climate-smart crops for their farming, he responded that there remains a challenge as there is lack of participation from the farmers.

“I think it is more important that our farmers can join and work together as associations and communities to improve their farming practice especially when dealing with the issues like water scarcity,” Bunna said.

He continued, “And it is easier for them to receive more information and instructions from us regarding crop selection and crop rotation so they can reduce the amount of water used, especially during periods of drought.”

In terms of fostering climate-smart agricultural practices, Socheath emphasized that Cambodia also needs to promote the uses of biochar—a charcoal-like substance created through burning organic material from agricultural and forestry wastes—which can also help farmers maintain soil moisture in the farming during a prolonged drought.

This is, he continued, proven to be a more practical technique that can minimize the impacts of climate change on agricultural soils and also enhance crop productivity.

In terms of climate-resilience techniques, Sophea explained that there are some existing policies in place which aim to assist farmers to adopt innovative methods on dealing with water stress and reduce the amount of water consumption for farming.

“There are many techniques which have already been shared with our farmers including water-saving techniques, crop selection, methods to reduce evapotranspiration and so on,” he said.

However, Sophea drew the attention to the fact that there remains a limitation in the ability to maintain resilience in farming depending on different levels of drought conditions.

“Speaking of climate resilience, it is simple that if we have experienced lengthy and more serious droughts, these kinds of practices also can’t endure. Each has its own limit,” he concluded. 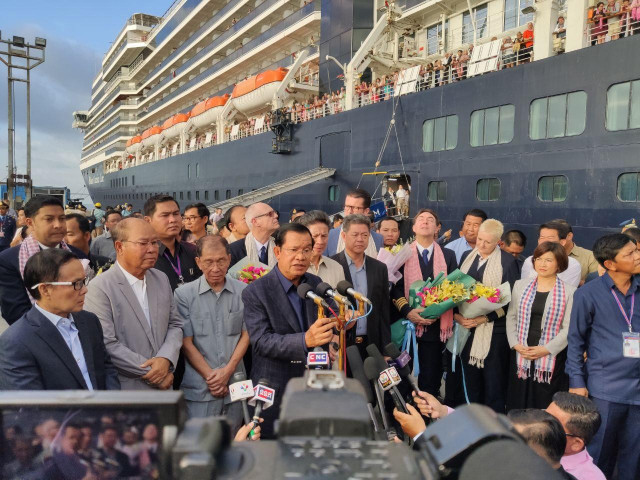 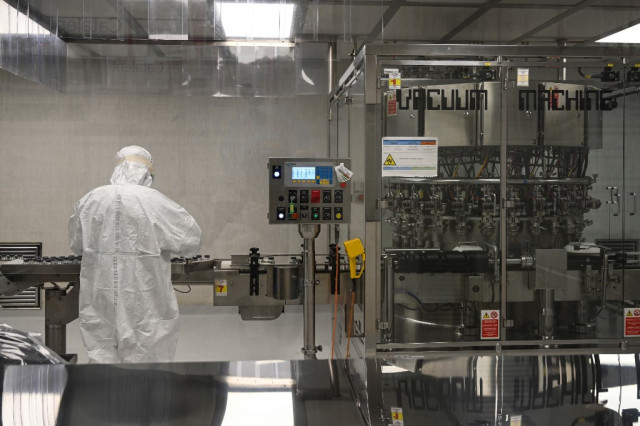