Asia, by many measures, is becoming the center of the global economic activities. The next few years will mark an inflection point when Asian economies measured by purchasing power parity will be larger than the rest of the world combined. The trend has been largely driven by the rise of China and India, along with growth among smaller and midsize Asian economies. In the process, hundreds of millions of people have been lifted out of poverty. Today, 21 of the world’s 30 biggest cities are in Asia which is also home to about half of the world’s middle class. We are now living through the Asian century that many have anticipated.

The rise of Asia partly reflects the flying geese pattern of development in the region, which was led by Japan. South Korea, Taiwan, Hong Kong, and Singapore joined the formation, followed by Thailand, Malaysia, Indonesia and other ASEAN countries. Cambodia later joined the development dynamics when the country returned to peace and stability and opened its economy to trade and investment in the 1990s. Over the past two decades, Cambodia’s economic take-off has been rapid, with average annual growth of about 7.8 per cent and significant reduction of poverty rates.

With its aspiring young population, Cambodia’s focus now is on the sustainability of economic development. Questions then arise as to whether Cambodia can sustain its growth and be part of the so-called “Asian century” and what Cambodia can learn from other countries’ experience to navigate the next phase of growth. Answers to these questions have profound implication for Cambodian people’ lives and the legitimacy of the leadership in the country.

The successful experience in many countries suggests that in addition to political stability, growth take-offs usually involve strong investment and export growth, policies to improve the investment and business climate, and trade integration. And many of these are outcomes of policy choices, not accidents.

Cambodia’s proximity to some of the most dynamic economies in the world, have served it well and provided immense opportunities to continue to attract foreign direct investment and deepen trade links in regional and global markets. However, Cambodia reached such a critical juncture where the country needs rapid and sustained action of reforms in order to entrench political stability, maintain macroeconomic stability, improve infrastructure and investment climate, further invest in its people, and upgrade its institutional quality.

In light of the rapid growth of Cambodia’s financial system and real estate, it is important to keep in mind that financial deepening must continue without compromising financial and macroeconomic stability. Many economies that took-off in 1970s were derailed because of the banking, currency, or debt crisis. It is important to reduce vulnerability and build resilience and build macroeconomic policy space so that the country respond to economic shocks and adverse spillover from abroad. Fiscal policy will need to meet social spending while ensuring that public debt remains on a sustainable path. Spurring agriculture and rural development while enhancing tourism industry can help further stimulate a solid and quality growth and reduce vulnerabilities.

Further removing infrastructure bottlenecks, most urgently with respect to power supply and transportation costs, and improving the business climate will remain critical for continuing to increase its competitiveness, attract private investment and further diversify Cambodia’s economy. Infrastructure has been a backbone in many Asian countries that went through rapid economic development. Despite the improvement so far, Cambodia is still relatively ranked 112th among 140 countries in the global competitiveness report 2018.

Continuing to emphasize human capital development by improving healthcare, basic educations, and vocational trainings is of immense importance. Sustaining strong growth in the future will increasingly require Cambodia to build a workforce with at least basic skills that can easily adapt to rapid technological changes. Amid the notable progress in education so far, a number of recent surveys and studies highlight that investors and businesses are still constrained by a widening skills mismatch and skills shortage among youth. Unless the skill gaps can be closed expeditiously, Cambodia may waste its demographic dividend among its young and expanding workforce. In Asian, Cambodia’s human capital index is ranked just slightly above Laos and Myanmar but well behind other ASEAN countries.

Upgrading institutional quality will be essential for the next phase of growth which will need more sophisticated investor base and more conducive investment climate. This requires a strong political will and effective implementation. Within the complexity of current political system, empowering a critical number of competent individuals is a key ingredient to kick-start fundamental institutional building. People in key government positions should be empowered to do their jobs but with strong discipline and accountability.

At the same time, annual appraisal through key performance indicators of these key positions should be on the government’s agenda. Those who cannot deliver within the time frame for the specific target should be accountable. In contrast, micro-management from top leaders can have a lot of ramifications: loss of trust, lack of accountability, dependent government officials, and burnout of the leaders themselves.

First, high-ranking officials, as some would have observed, will become dependent on top leaders and lose confidence to perform task on their own, and no longer handle the work without constant guidance from the top. Second, micro-management should make talents and insights fall to the wayside, leaving only a team that only knows how to do what it’s told. Third, micro-management is downright exhausting. Looking over so many shoulders every day will very quickly burnout, wasting opportunities for top leader to think big.

Despite limitations, Cambodia has enough human resource and confidence to build a system that produces the right incentives for people and key stakeholder to unleash their potentials. Young leaders need to be placed and exposed to serving not only ministerial and national levels but also local levels. Ears and eyes have to be on the ground too. Only by addressing real challenges in certain areas such as garbage, drainage issues and healthcare can they build their legitimacy and the ability to win hearts and mind of the people. Indeed, if properly tasked and delegated, I believe they can bring in a lot of skills, talents, and insights to implement the political will, which would help set the course of further institutional building. As French philosopher Montesquieu said: “At the birth of societies, the leaders of republics create the institutions; thereafter, it is the institutions that form the leaders of republics”.

The road ahead is far and can be bumpy at times. It will take around 10 years for Cambodia to have the similar income level in Vietnam today or about 20 years in Thailand. With efforts, yes, Cambodia can claim its part of the Asian century. But this is a qualified yes, conditional on how the country’s leaders and people entrench political stability and make winning juxtapose of integration with global economy via trade and foreign direct vestment, large investment in education and physical capital, and sound macroeconomic policies. Cambodians need to ensure that political cycles and transitions-related uncertainty do not derail these policy plans.

Heng Dyna is a Cambodian economist. 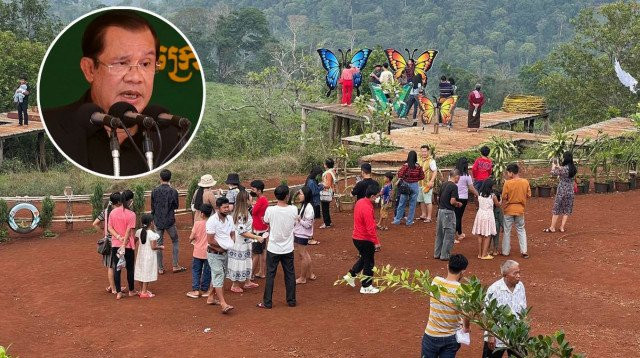 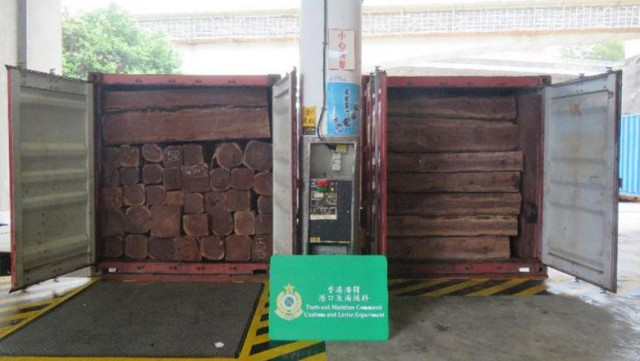