Not Her Fault: A Campaign to End the Victim-Blaming Culture

The Not Her Fault project with the aim of tackling the blame-the-victim culture in Cambodia. Photo supplied.

This Life Cambodia, which is an organization working on social justice issues, runs the “Not Her Fault” project with the aim of tackling the blame-the-victim culture in Cambodia.  Hemmunind Hou, senior communication officer at This Life Cambodia, shares with Cambodianess how this campaign will contribute to altering the perception and the cultural beliefs toward women who are victims of abuse and harassment.

Sao Phal Niseiy: Your organization has been running this campaign to end violence against women as well as the culture of victim-blaming. And this year, there also is your “Not Her Fault” project. Would you share with us what this project is all about?

Hemmunind Hou: This Life’s 2020 domestic-violence awareness campaign centers around victim-blaming. It is customary in Cambodian culture for women to be blamed for any gender-based violence or harassment that they experience, no matter the context. It is often other women or those in authority who are responsible for victim-blaming, and this makes it very difficult to combat gender-based violence and harassment. This campaign calls on all Cambodians to be supportive of women rather than blaming them.

Through the adaptation of several Cambodian proverbs, victim-blaming has been woven into the fabric of Cambodian culture. The “Not Her Fault” project specifically focuses on the proverb Without the hook, the fruit does not fall. This proverb means that nothing happens without a cause. In the context of gender-based violence and harassment, it is used to imply or suggest that the woman has done something to cause the man to act in the way that he did. In other words, it is the woman’s fault. When culture is used to reinforce victim blaming, it is very difficult to change people’s way of thinking. To turn this around, we need to meet the culture of victim-blaming head on and tackle the social stigma associated with gender-based violence and harassment.


Sao Phal Niseiy: This also links to women and girls being harassed or abused in numerous ways—all of which have not been widely exposed and discussed. So how have you encouraged more and more women and girls to speak out and share their own stories and experiences?

Hemmunind Hou: As part of the #NotHerFault campaign, women in Cambodia were invited to submit stories describing how they experienced harassment, violence, or abuse through various online platforms. In addition to its own Facebook page, This Life partnered with the Institute of Foreign Languages at the Royal University of Phnom Penh and Rule Facebook Confessions Pages, which enabled them to gather stories confidentially. Along with their story, women were asked to include either a photograph or description of the clothes they were wearing at the time. So many women that I know, myself included, have gone through some form of harassment or abuse​. Instead of sharing our stories, we bottle it up for fear of being judged and, worse, we are made to believe that what we went through was not as serious as [what happened to] other people. So, we feel guilty even at the thought of sharing it even though we are all victims.  I think it's important for us to talk openly about this issue—to show that we're not alone, and to show how flawed society is in the hope of changing it.

Sao Phal Niseiy: How do you see the current perception of Cambodians when it comes to gender-based violence and harassment against women, given that there remain social and cultural barriers?

Hemmunind Hou: Cambodian people still hold many cultural beliefs. These are not always negative and, indeed, many aspects are positive. Our campaign and exhibition challenge cultural beliefs when they are used to blame women for crimes committed against them.

Sao Phal Niseiy: How do you expect the campaign you have been running will change the mindset and perception of ordinary Cambodians toward these issues?

Sao Phal Niseiy: So, what do you think can be done to improve or alter such perceptions and who can take part in this long-term effort?

Hemmunind Hou: When someone hears of a crime committed against a woman, we hope that they will not ask “[w]hat was she wearing?” and will instead call for the perpetrator to be held accountable for his actions.

Sao Phal Niseiy: Can you share with us what are your next plans to effectively tackle this social issue?

Hemmunind Hou: We plan to use the virtual exhibition as a tool to teach people in the community about violence, harassment and abuse of women. Through interacting with the online exhibition, viewers will learn that it is never acceptable to blame the victims.

The online 360 exhibition as part of the "Not Her Fault" campaign launched in an effort to stop victim-blaming can be found here. 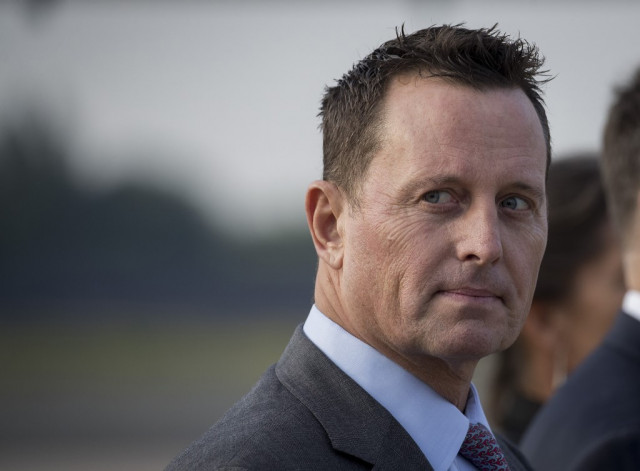 US intel chief replaced as casualties of Trump purge mount