One year after Myanmar coup, sanctions and new charges

(FILES) In this file photo taken on December 10, 2019, people participate in a rally in support of Myanmar's State Counsellor Aung San Suu Kyi, as she prepares to defend Myanmar at the International Court of Justice in The Hague against accusations of genocide against Rohingya Muslims, in Yangon.

Washington, United States | The United States, Britain and Canada unveiled coordinated sanctions on Myanmar officials Monday as the junta leveled fresh charges against Aung San Suu Kyi, one year after ousting her in a coup.

Suu Kyi, 76, has been detained since the February 1 coup last year that triggered mass protests and a crackdown on dissent with more than 1,500 civilians killed, according to a local monitoring group.

The military junta has now charged her with influencing election officials during 2020 polls, a source said, on top of previous charges, including violating the country's official secrets laws.

If convicted of all charges, the Nobel laureate could face sentences tallying more than 100 years in prison.

Ahead of the Tuesday anniversary of the putsch, the junta warned that holding protests or sharing "propaganda" against the military could lead to charges under the anti-terrorism law.

"We are coordinating these actions with the United Kingdom and Canada... to further promote accountability for the coup and the violence perpetrated by the regime," US Secretary of State Antony Blinken said.

"The United States will continue... to address human rights abuses and press the regime to cease the violence, release all those unjustly detained, allow unhindered humanitarian access, and restore Burma's path to democracy," he added, using Myanmar's former name.

The junta canceled the results of the 2020 election in July last year, saying it had found some 11.3 million instances of fraud.

Independent monitors said the polls were largely free and fair.

The junta has promised to hold another election by August 2023 if stability in the country -- currently riven by clashes between the military and anti-coup fighters -- is restored.

Citing “unspeakable violence against civilians,” the undermining of regional stability and “rampant” corruption, President Joe Biden said in a statement that he was working with allies to “hold accountable” those responsible.

Biden said in a statement that the military regime should release political leaders including Suu Kyi, allow humanitarian works “unhindered access” and “return Burma to its democratic path.”

“As long as the regime continues to deny the people of Burma their democratic voice, we will continue to impose further costs on the military and its supporters,” Biden warned.

- Another trial for Suu Kyi -

Suu Kyi has already been sentenced to six years in jail for illegally importing and owning walkie talkies, incitement against the military and breaking Covid-19 rules.

She will face a further trial on charges of influencing the country's election commission during the 2020 polls that saw her National League for Democracy (NLD) party defeat a military-aligned rival, a source with knowledge of the case said.

The case is expected to be wrapped up within six months. Former president and NLD stalwart Win Myint will face the same charge.

On Monday, ousted Myanmar lawmakers from a shadow "National Unity Government" addressed the media in Paris.

Human rights spokesman Aung Myo Min urged the international community to implement an arms embargo and tighten economic sanctions to cut off all trade with the regime.

United Nations investigators also released a statement, saying that more than 1,000 people may have been killed in crimes against humanity and war crimes since the coup.

"One day the perpetrators of the most serious international crimes in Myanmar will be held to account," vowed investigation head Nicholas Koumjian.

UN special envoy Noeleen Heyzer called for a "humanitarian pause" in violence to allow for delivery of aid, warning that hundreds of thousands of people had been misplaced by conflict.

Following the US lead, Britain imposed sanctions against Thida Oo, Tin Oo and a third person, the chair of the country's election commission.

"The Burmese military are using ever more brutal and desperate tactics to try to cling on to power," said Anna Roberts, head of Burma Campaign UK, welcoming the fresh sanctions.

"The British government is doing exactly the right thing... however, they need to speed up the pace of new sanctions. It is vital to maximize pressure now while the military are more vulnerable."

The Canadian government imposed similar new sanctions, saying the military regime had "shown no sign of reversing course" over the past year. 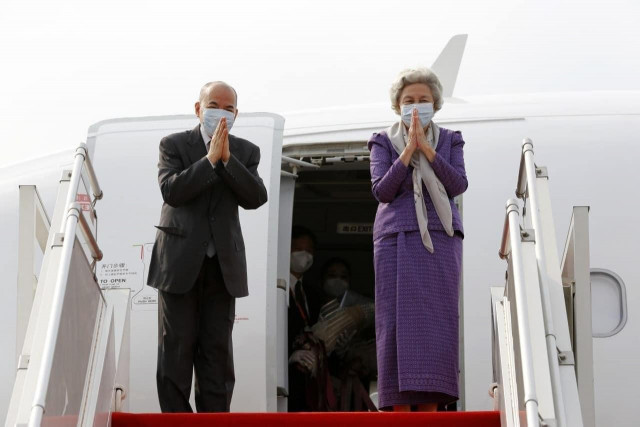 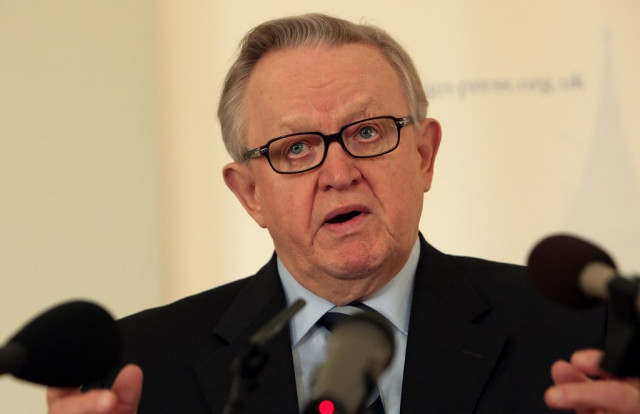