49-year-old Seng Chanthorn is thrown to the ground by district security forces while peacefully protesting her husband's arrest on September 4. Photo from Licadho.

An unprecedented string of arrests has taken place since early August 2020 and shows no sign of slowing down as the government targets youth and environmental activists.

PHNOM PENH--Some 14 activists have been arrested by the Cambodian authorities over the course of the past month, with youth activists, environmentalists, politicians, a rapper and a monk being rounded up in the wake of outspoken unionist Rong Chhun’s arrest. Throughout August 2020, protests and gatherings have sprung up as Chhun’s supporters continue to demand his release, but authorities have taken to arresting those participating.

Activists from youth group Khmer Thavarak, environmentalists from Mother Nature Cambodia, as well as a representative from the Khmer Student Intelligent League Association, a rapper, a former opposition party activist and president of the Khmer Win Party have all been detained in a rapid crackdown that looks likely to continue.

The startling rate of detentions prompted United Nations Special Rapporteur Rhona Smith to express her concern at the recent arrests of environmental activists who have now been charged with “incitement to commit a felony and create a chaos in the society” under Articles 494 and 495 of the Criminal Code, including a monk.

“I have also been closely following reports that seven different CSOs [Civil Society Organizations] have been searched or informed of pending visits by the authorities since last week,” she said. “The rights to freedom of expression, association, and peaceful assembly are protected by international human rights norms and standards as well as by the Cambodian Constitution.”

“I urge that those arrested are promptly brought before a court of law and their due process rights are fully respected. I am following these events closely in Cambodia,” she added.

Similarly, the UN Office of the High Commissioner for Human Rights (OHCHR) said that it has been monitoring the peaceful assemblies that have taken place across Phnom Penh and has identified a trend of excessive force used against peaceful demonstrators—most of whom are women and young Cambodians.

“We call on the relevant authorities to respect the right of protesters to assembly and to protect those exercising this right,” the OHCHR said, echoing a statement it had previously made regarding Cambodia’s ongoing deterioration of civil rights and liberties.

Government Spokesperson Phay Siphan responded to the UN’s concerns and emphasized that the UN High Commissioner was not the one to determine Cambodia's fate. He justified violence against protesters as necessary for maintaining public order and claimed that this did not constitute a human rights violation.

“If they [protesters] dare to break the law, they [the authorities] will crackdown,” he said, without being able to name a law broken by protesters so far.

Siphan reverted to the comparative rhetoric that has become a defining characteristic of the government when defending its human rights record. He pointed to both the US and France as examples where police had responded brutally to protests, although did not clarify whether he condoned the violence against peaceful protesters witnessed in other countries.

“They protested against the court and other countries have also cracked down on protests,” he said in apparent justification of excessive force.

Similarly, on Sept. 7 one unnamed protester was viciously attacked after attending a protest at Freedom Park in Phnom Penh. Two assailants reportedly drove up behind the protester on a motorbike, hit him repeatedly and fled the scene. Images have surfaced on social media of the unnamed protester receiving medical treatment in hospital.

Incitement Charges for All

Besides the violence employed by authorities, multiple arrests have been made over the last month on the pretext of incitement. Sar Kanika, Hun Vannak, Chhoeun Daravy, Tha Lavy, Eng Malai, So Meta and Venerable Koet Saray of youth group Khmer Thavarak have been detained.

All those arrested have been harassed by authorities beforehand, many have been arrested, detained and questioned previously—most recently when Mother Nature Cambodia activists attempted to organize a bike ride from Koh Kong Province to Phnom Penh, but had their bicycles confiscated. Many of those detained over the last month have been charged with incitement.

“Instead of recognizing the important role of young people in Cambodian society and giving them opportunities to speak out about issues which affect them, their families and their communities, they're being thrown in prison for peaceful protests—completely closing off public debate,” she added.

Pilorge’s sentiments were echoed by Chak Sopheap, executive director of the Cambodian Center for Human Rights, who argued that the jailing of human rights defenders, environmental activists and ordinary citizens for merely exercising their legitimate freedoms shows a complete disregard for human rights.

On Sept. 7, Ministry of Interior issued a statement requesting that the authorities take legal action against the Khmer Thavarak youth group and the Mother Nature youth group, accusing the two groups of carrying out acts of incitement to undermine stability, security, public order and cause social unrest through distribution of information and demonstrations held without authorization.

The Ministry of Interior also urged the authorities to take legal action to ensure public order and national security, especially during the Pchum Ben religious celebrations, which began Sept. 3, 2020.

A Culture of Fear

Sar Mory, research and advocacy program manager at the Cambodian Youth Network, argued that the swift and brutal responses exhibited by the authorities is a ploy to deter further people from criticizing their decisions.

“The government seems unwilling to give a positive response or address the demands of youth activists or environmental groups over the filling of natural lakes and the exploitation of natural resources,” said Mory, noting that Boeung Tamok, Boeung Tompoun and Koh Konh Kraos Island all face environmental damage by both the government and private investors.

“The campaigns of youth groups has become viral on social media and gained more support from the general public,” he noted. “This could be one of the reason that the government has taken non-proportionate and unreasonable actions to crackdown on the environmental youth groups.”

He went on to explain that creating a culture of fear will allow Prime Minister Hun Sen to avoid large-scale protests like those currently being seen in neighboring Thailand and Hong Kong.

“Lastly, the government wants to maintain its position and prove to the international community that Cambodia won’t exchange sovereignty for aid or trade, so this crackdown is to make the previous crackdowns on opposition party members and human rights defenders look legitimate—the Cambodian government wants to show that the international community no longer influences their stance on human rights and democracy,” he said. 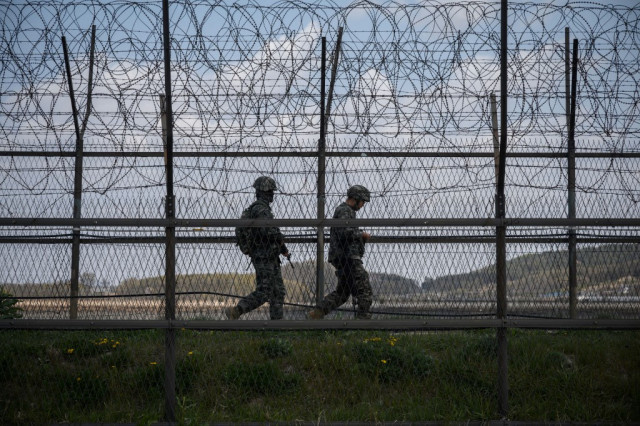 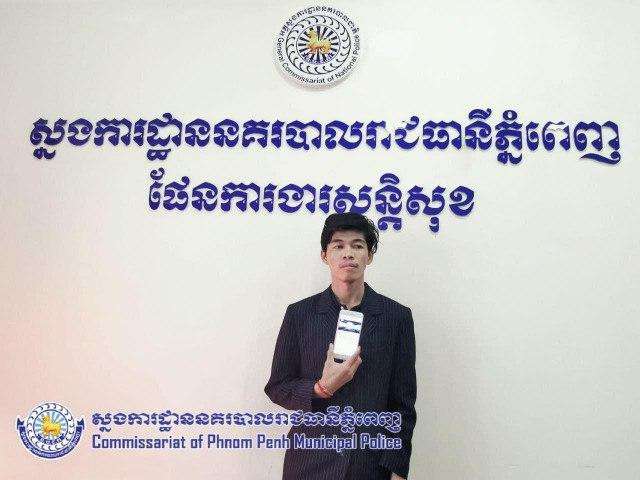 Human Rights Watch Appeals to the Cambodian authorities to R... 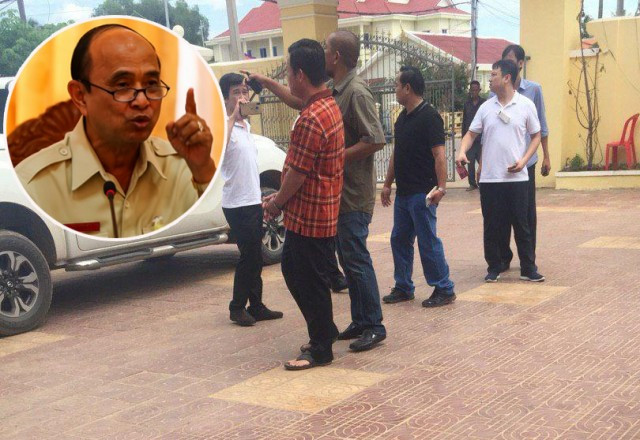